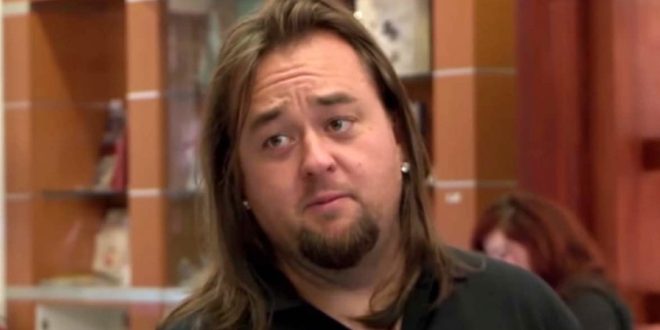 Austin Lee Russell, the Pawn Stars star and better known to fans as Chumlee, is reportedly planning to take a plea deal for charges related to drugs and weapons stemming from a police raid on his Las Vegas home in March.

According to reports, Russell has agreed to admit guilt to marijuana possession and felony possession of a controlled drug. He will also enter a guilty plea to a misdemeanor charge of attempting to possess a handgun by an unauthorized person. Russell may spend up to five years in prison if the plea agreement is accepted.

According to the Las Vegas Review-Journal, Russell intends to plead guilty to one count of attempting to possess a restricted substance. A second felony weapon charge will be upheld as part of the plea deal.

In addition to three years of probation, Russell must surrender the weapons and drugs the police claim they found on his property. He also needs to go to treatment.

After discovering 12 firearms, a kilogram of marijuana, and a small quantity of methamphetamine, police detained Russell on March 9. Police had come to Russell’s house to investigate a sexual assault.

According to Fox News, if Russell, 33, remains trouble-free, the criminal prosecution against him will be dismissed. If not, he may serve two to five years in state prison. He wasn’t charged in the sexual assault case after being released despite paying a $62,000 bail.

Russell is scheduled to appear in court to present his case ed Press. Additionally, Xanax prescription pills were found by the police inside Russell’s house.

Russell’s attorney, David Chesnoff, said in a statement that they would evaluate the findings and the legality of the search in court. “I and Austin Russell both have great faith in the justice system and are optimistic that the case will be decided properly.”

33-year-old Russell was taken into custody following a police raid on his Las Vegas home. Although a sexual assault investigation was the reason for the raid, Russell was not charged in that case. However, he was accused of having 19 firearms and drug offenses. Having paid bail, he was granted release.

Sources claim that Russell had a reputation for throwing crazy parties. The insider allegedly had multiple guns and smoked a lot of marijuana. The network that airs Pawn Stars said last week that they are merely letting the legal system play out for the time being, despite the History Channel’s refusal to comment on the situation.

Previous He’s been getting worse and worse since his wife passed away.
Next The quiet condition of Tom Hanks and how he is dealing with it