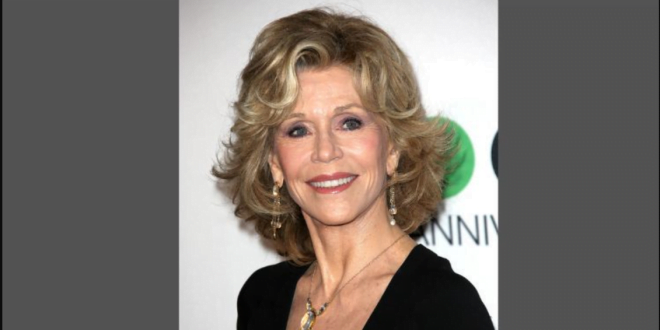 Jane Fonda‘s most recent film credit has her playing a dragon in the animated movie “Luck.” Now, Fonda is considering herself “lucky” despite what most would consider bad news. 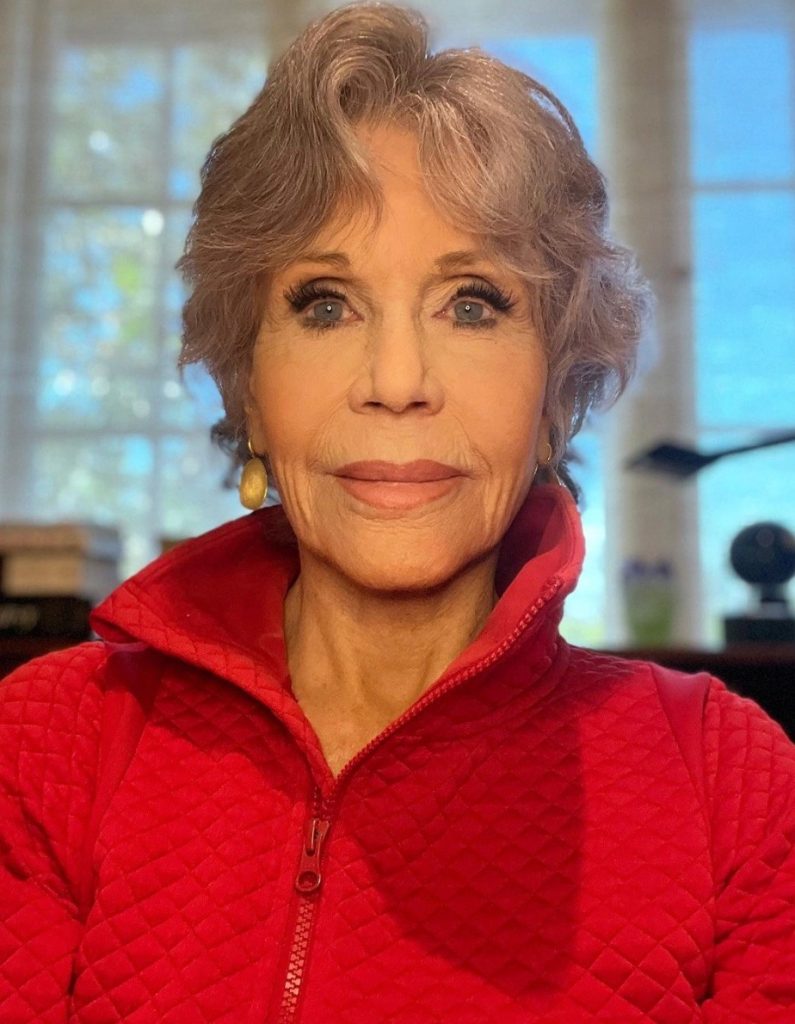 Fonda turned to Instagram earlier today to announce to her followers that she has been diagnosed with non-Hodgkin’s Lymphoma. The actress and climate activist has already started chemo treatments.

One reason Fonda feels lucky is that most people with the same diagnosis end up beating it and ending up cancer free. She wrote, “This is a very treatable cancer. 80% of people survive, so I feel very lucky.”

Another reason Fonda feels lucky is that she has access to insurance and healthcare treatments. She explained, “I’m also lucky because I have health insurance and access to the best doctors and treatments. I realize, and it’s painful, that I am privileged in this.”

Fonda also feels lucky to have a community of people surrounding her who care. She wrote, “Cancer is a teacher and I’m paying attention to the lessons it holds for me. One thing it’s shown me already is the importance of community. Of growing and deepening one’s community so that we are not alone.”

The actress’s treatment plan includes 6 months of chemo treatments. Even though she will be focusing on her health, she does not plan to let chemo stop her from her climate activism. 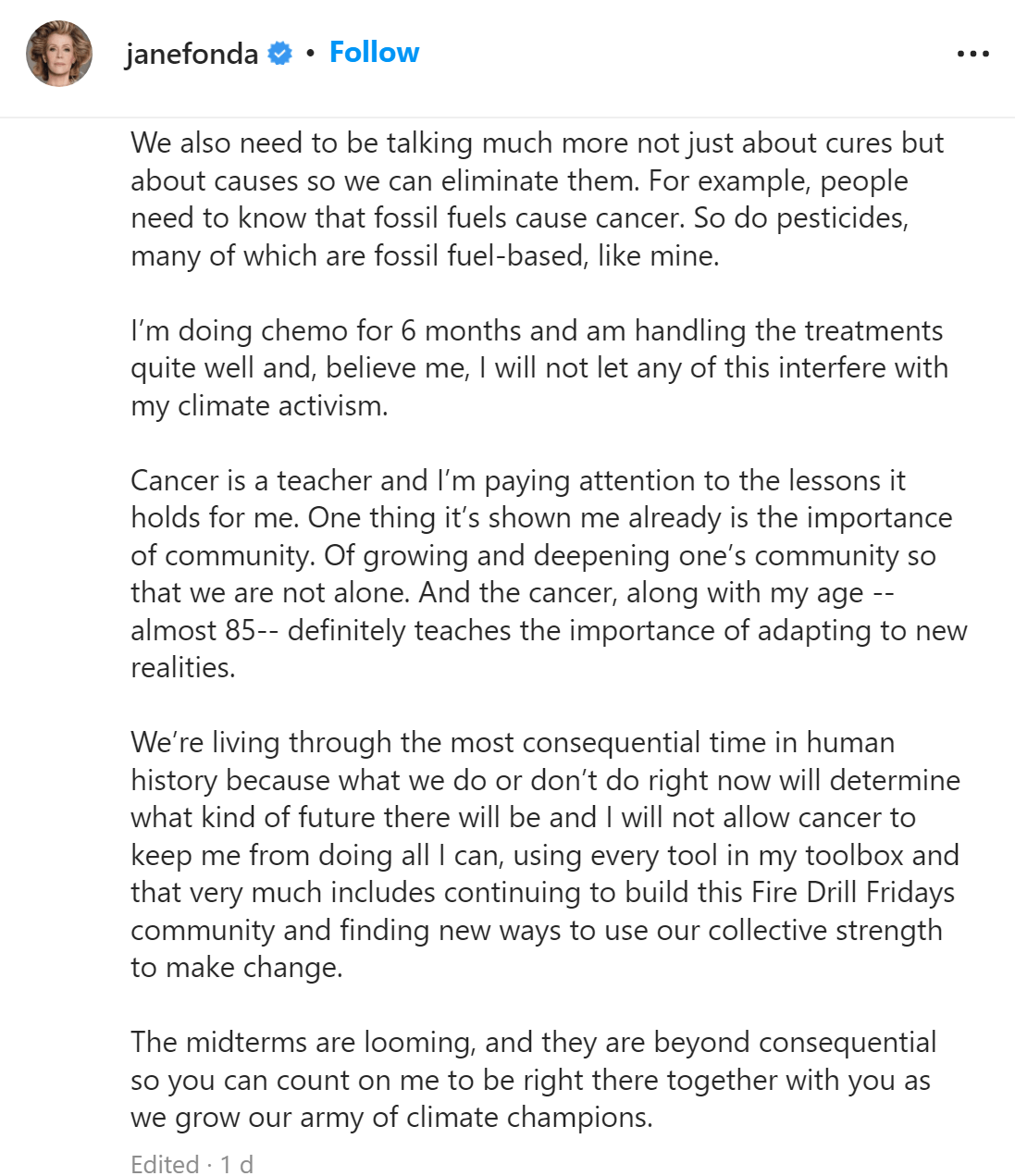 Multiple friends and celebrities commented on Fonda’s announcement. Katie Couric wrote, “Handling this with grace, intelligence and selflessness, as always. Holding you in our hearts.”

Alyssa Milano commented, “Wishing you more strength than you need and more love than you can bear. Call me if you need anything. Always here. Always.”

Diane Keaton added, “We love you, Jane. You are my hero. You are a warrior. All of my life I have been in awe of all that you do. I will continue to admire the crusader you have always been and always will be.”

This is not the first time Fonda has been diagnosed with cancer. Back in 2010, she was diagnosed with breast cancer and had a lumpectomy. Then in 2018, she had a cancerous growth removed from her lip.

According to the Mayo Clinic, “Non-Hodgkin’s lymphoma is a type of cancer that begins in your lymphatic system, which is part of the body’s germ-fighting immune system. In non-Hodgkin’s lymphoma, white blood cells called lymphocytes grow abnormally and can form growths (tumors) throughout the body.”

Anyone can be diagnosed with non-Hodgkin’s lymphoma at any age, but it is most common in people over the age of 60. Certain chemicals in products like weed killers and certain viruses may increase a person’s risk.