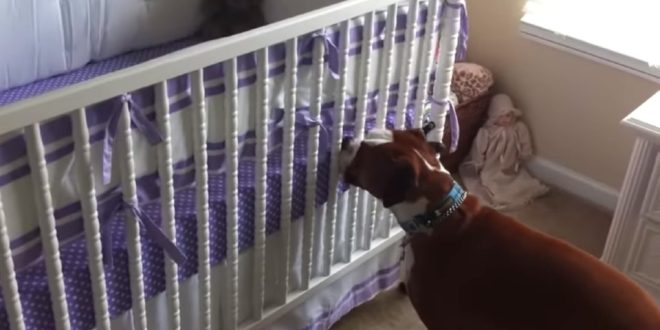 One family, The Robinsons, had a 6-year-old son, and when the wife ended up being pregnant with their second child, they decided to move to a bigger house in a remote area where they wanted to build a farm. As they lived in a small apartment which they rented before getting the house, they weren’t allowed to keep a pet at home, but now that they had their own place, they desperately wanted to get a dog.

Wanting to adopt a canine from a shelter, they visited some and as they were hearing all those stories of how each of the animals ended up there, they stumbled upon a shy Pit Bull named Benson.

Sadly, Benson’s life wasn’t an easy one. He was used for fighting for many years and was later dumped on the streets. When volunteers found him, he had already lost faith in humans and was afraid to even lift his head. After some time at the shelter, a family took him in but his happiness lasted for 2 weeks only. The family decided they didn’t want him because he wasn’t friendly.