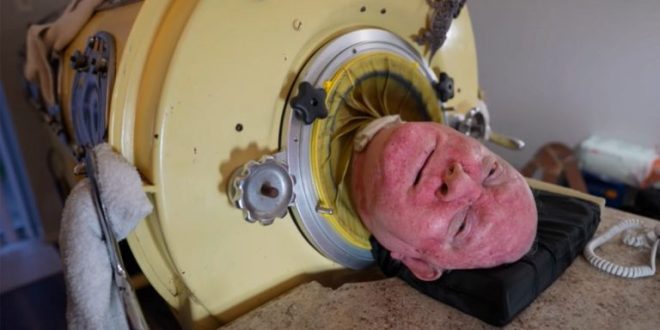 One of the last persons with an iron lung is a 76-year-old guy who was paralyzed by polio at age 6 and still says, “My life is amazing.”

Paul Alexander, who is 76 years old, has led a life that is unique. He has lived with an iron lung for the most of his life and is one of the last persons in the world to still utilize the 1928-era respirator.

He has had a life that is very fulfilling despite his odd circumstances, and he has never settled for anything less.

“I am not going to accept from anybody their limitations on my life. Not gonna do it. My life is incredible.” 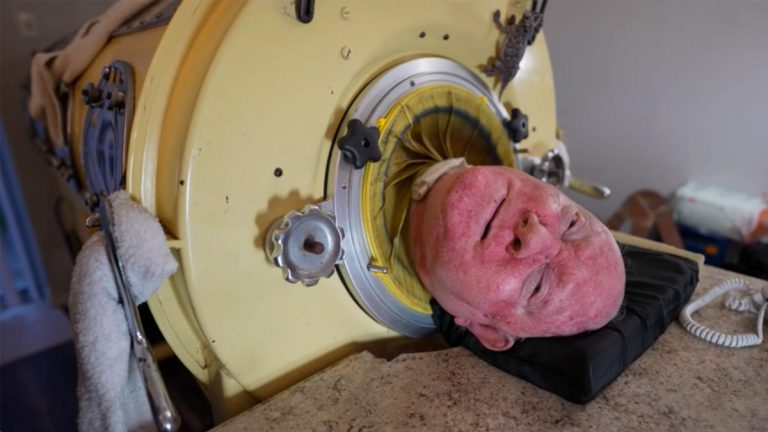 Paul went inside his family’s home in a Dallas, Texas, suburb when he was just six years old and told his mother that he wasn’t feeling well.

Paul had always been a healthy, happy, and energetic kid since his birth in 1946, but suddenly it was obvious that something was happening.

“Oh my God, not my son,” Paul recalled his mother saying.

In accordance with the doctor’s recommendations, he spent the following few days recuperating in bed, but the boy clearly had polio and was not improving. Less than a week after he first felt severely ill, he lost his ability to swallow, breathe, or grasp anything in his hands.

When his parents eventually arrived at the hospital, he joined numerous other kids who were suffering from same symptoms.

Before polio immunizations were available, the virus incapacitated more than 15,000 individuals. Even when an infected individual shows no symptoms of polio, it can still spread.

Fatigue, fever, stiffness, muscular discomfort, and vomiting are some of the signs and symptoms of polio. Polio can, in rarer instances, also result in paralysis and death. 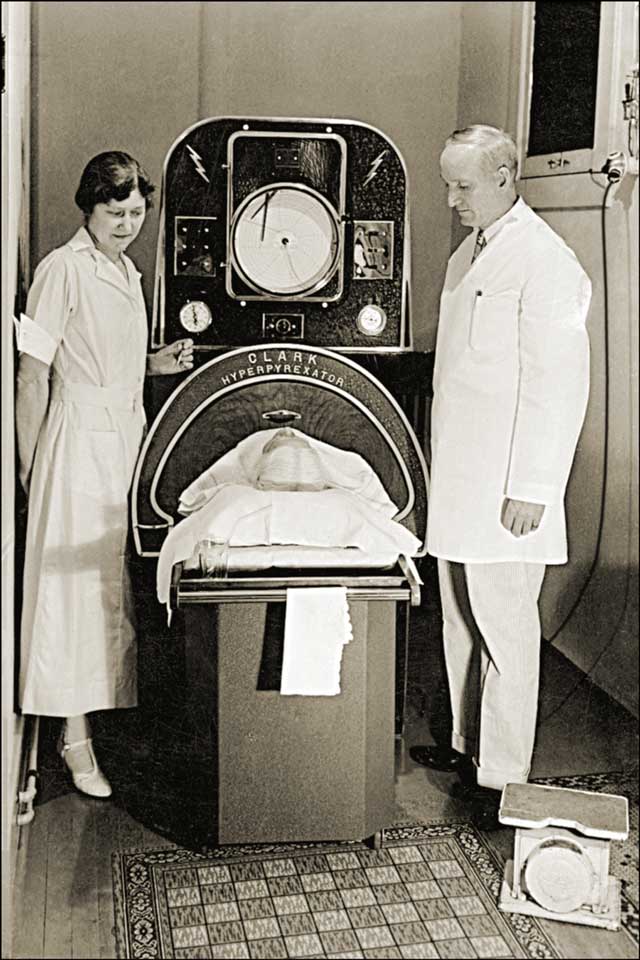 After being evaluated by a doctor who declared him dead, Paul was given a second shot at life by a different doctor.

After the emergency tracheotomy was completed by the second doctor, Paul was then put inside an iron lung.

Three days later, when he finally awake, he found himself among several rows of kids who had also been fitted into iron lungs.

”I didn’t know what had happened. I had all kinds of imaginings, like I’d died. I kept asking myself: Is this what death is? Is this a coffin? Or have I gone to some undesirable place?” the Texas native told As It Happens host Carol Off in 2017. 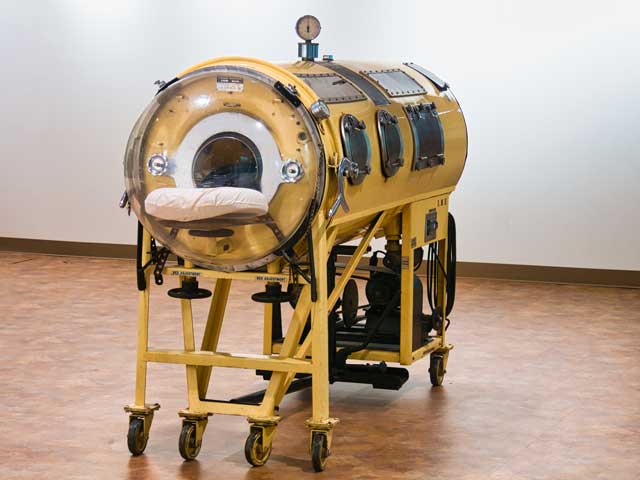 The fact that Paul couldn’t communicate due to having a tracheotomy added to the scary nature of the situation.

“I tried to move, but I couldn’t move. Not even a finger. I tried to touch something to figure it out, but I never could. So it was pretty strange.”

The device was the first machine to ventilate a person, and it was created in the late 1920s.

The equipment is hermetically sealed from the neck down and provides a negative pressure in the chamber that sucks air into the patient’s lungs. In the early days, it was sometimes referred to as the “Drinker respirator.”

If it produces overpressure, the patient exhales as the air is once more driven out of the lungs. 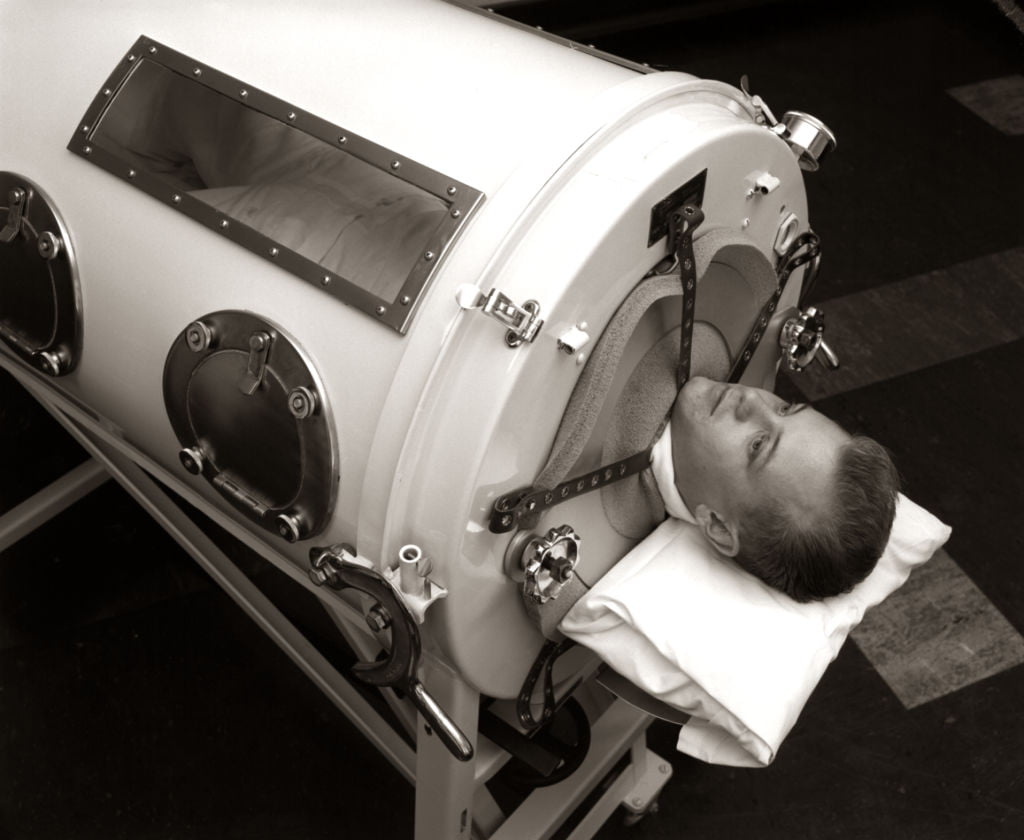 Paul recovered from the original illness, spending no less than 18 months in the metal container. He wasn’t alone either. Looking at the data, the year Paul contracted the illness, 1952, was a pretty depressing one.

Rows and rows of iron lungs as far as the eye can see. Full of kids,” he reportedly stated.

Some people may have lost the desire to live, but Paul was only strengthened by it.

Every time a doctor went by, he would hear them remark, “He’s going to die today” or “He shouldn’t be alive,” and he wanted to disprove them. 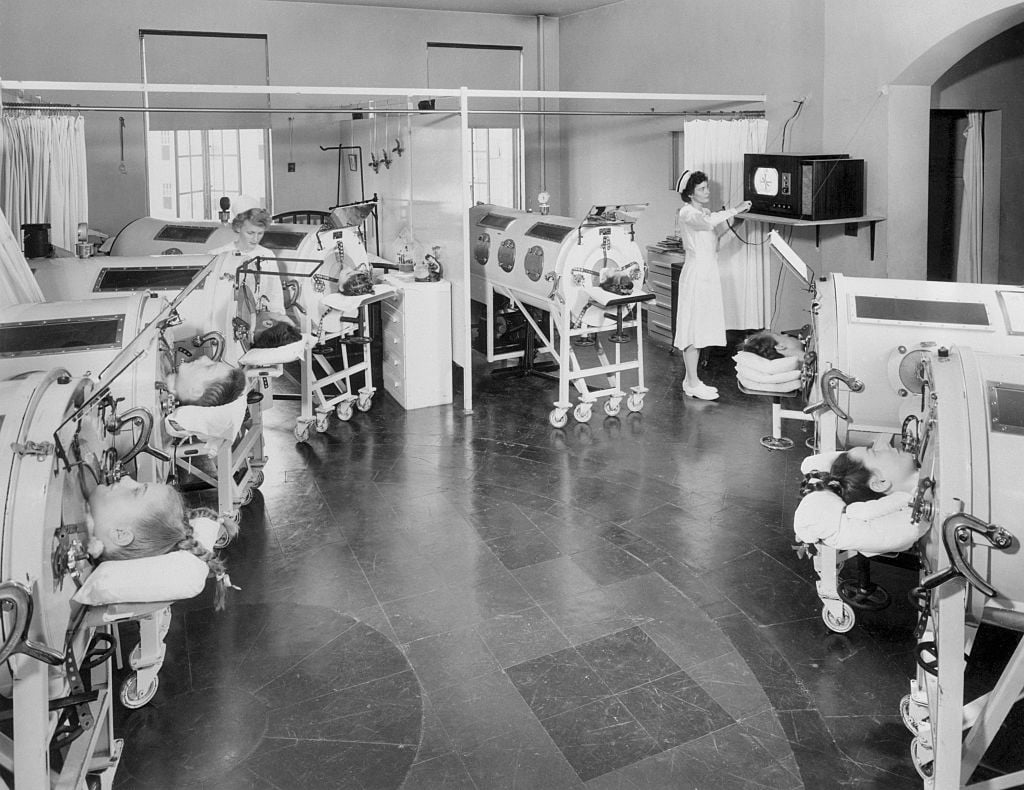 And he actually did that!

He was released from the hospital in 1954, but he soon realized that his life had fundamentally changed after illness.

“People didn’t like me very much back then,” he said during a video interview in 2021. “I felt like they were uncomfortable around me.”

But with the aid of Mrs. Sullivan, a therapist who came to see him twice a week, little by little his life began to improve.

His therapist offered to buy him a puppy if he could “frog-breathe” for three minutes without the iron lung, a method that involves flattening your tongue and expanding your neck to trap air in your mouth.

Paul was able to spend more and more time outside the iron lung after a year of laborious effort.

At age 21, he became the first individual to get an honors diploma from a Dallas high school without ever showing there in person. After receiving multiple rejections, he finally set his eyes on attending college and was admitted by Southern Methodist University.

“They said I was too crippled and did not have the vaccination,” he recalled. “Two years of tormenting them, they accepted me on two conditions. One, that I take the polio vaccine, and two that a fraternity would be responsible for me.”

After graduating from Southern Methodist University, he moved on to the University of Texas in Austin to pursue a legal education. He passed the bar exam and started practicing law in the Dallas–Fort Worth region.

“And I was a pretty damn good one too!” 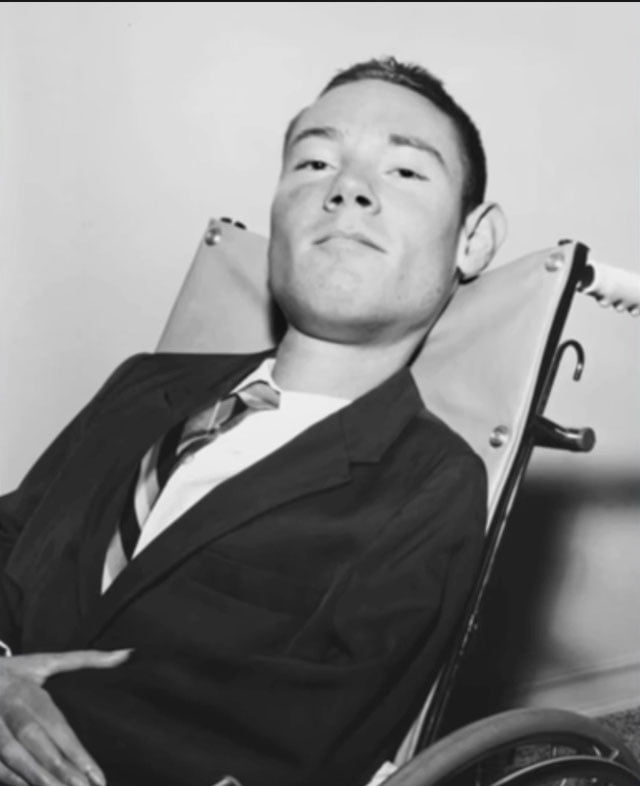 He continued to remain active by writing a book, which he typed all by himself using a pen attached to a stick, even after a 30-year career in the courtroom.

Paul is reportedly one of the few individuals still alive in the nearly extinct machine, according to a Gizmodo. The 76-year-old has lived a large portion of his life in a can and is always confined to his ancient iron lung.

”I have travelled with it — put it in a truck, took it with me. I’ve gone to college with it, lived in a dorm. That freaked everybody out,” he said.

Paul’s particular kind of iron lung hasn’t been produced in fifty years since modern ventilators are so much more complex and high-tech.

The polio survivor, however, likes his metal chamber despite the availability of new technology.

But when the metal lung came dangerously close to failing seven years ago, the Dallas lawyer was forced to post a frantic YouTube announcement.

Fortunately, there are still abandoned machines all around the nation, which means there are plenty of replacement components available. Paul has also benefited from assistance from ardent users of antiquated technologies.

Paul, who has lived longer than both his parents and older brother, is currently writing a second book.

Paul claimed that since he “never gave up,” he has been able to have such a meaningful life.

“I wanted to accomplish the things I was told I couldn’t accomplish,” he said, “and to achieve the dreams I dreamed.”

Since 1979, polio has been almost eradicated in the US. However, sporadic cases of polio caused by vaccination continue to be a source of concern.

Paul is undoubtedly inspirational. I hope that everyone who reads this will be inspired by the daring and inspiring story of how he managed to build his life despite all difficulties.

His tenacity demonstrates that the only restrictions are those we impose on ourselves. To encourage others, please tell your friends and family about his experience.

Previous Son took his mother to a nursing home and only visited her from time to time
Next Brenda, the famous character from the tv series Beverly Hills 90210, has begun saying farewell to her family.