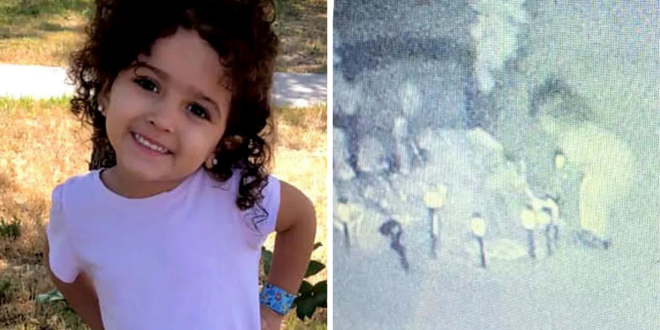 When a woman named Saundra lost her two-year-old daughter, her world collapsed. Little Faviola Rodriguez was a loving and a happy child. Unfortunately, her life was cut short one day while she was left under the care of her mother’s boyfriend.

The poor mother never knew she could ever lose her little one in such a manner. She always dreamed of watching her baby daughter grow up and grow old and turn into a beautiful individual. Sadly, that didn’t happen.

Children should outlive their parents. They should be given the chance to learn, gather knowledge, make decisions, and become independent, thus start their own families and experience many beautiful things in life. When all that is taken away from them, their parents are left to deal with the pain and the grief that never fades away.

Faviola was buried at the Mosanic Cemetery in Las Cruces, New Mexico, and her mother decorated her grave with some of the toys the girl loved playing with the most. Shortly after, some people started complaining that someone was vandalizing the cemeteries. One particular family who lost their son decided to set up a camera on the boy’s gravestone. When they saw the footage, they were shocked, to say the least.

Eventually, they decided to share the footage with Saundra. Seeing it, she was overwhelmed.

“[The boy’s mother] told us that she had something really beautiful to show us that they had captured on their video camera,” Saundra explained. “So then she pulled out her phone and she showed it to me, and as soon as she showed me the picture I started crying.”

This mom was certain she was looking at her daughter’s spirit. There was no doubt about it. “I know that is my daughter,” she said.

Saundra believes that Faviola had an unfinished business, to help the boy whose mom took the footage go to Heaven. They were both very young when they passed away and their spirits needed one another to guide and help.

“They both have such a tragic story of things that happened to them and… both of them still haven’t gotten justice. So, I think she was definitely there to comfort him and take him to heaven.”

She then felt the urge to share her story together with photos of the beautiful footage that reminded her that her baby’s spirit was still there.

“It’s taken a lot for me to share this with everyone because for one my situation with my daughter is already sensitive for me and secondly everyone has their own beliefs but all I can do if share mine with everyone….” Speaking of the footage and the other boy’s family she added: “I know it was not only a sign from my daughter but also fate for us all to meet.”

Previous Ugandan girl orphan adopted by loving family, as she learns English she reveals unexpected horror
Next Mom gives up child in wheelchair for adoption, 18 years later sees her walking out of luxe car