A mom has revealed the moment she was left feeling ‘sick and grateful’ when she learned that her two sons were almost abducted, and were safe because they remembered something she taught them.

Blogger and author Jodie Norton of southern Utah recently found herself to be in a bad way when she experienced stabbing abdominal pains while in the shower one morning.

Knowing that she needed help, and fast, she somehow managed to bundle her two boys, aged 10 and eight, into the car and drove to the nearest hospital. 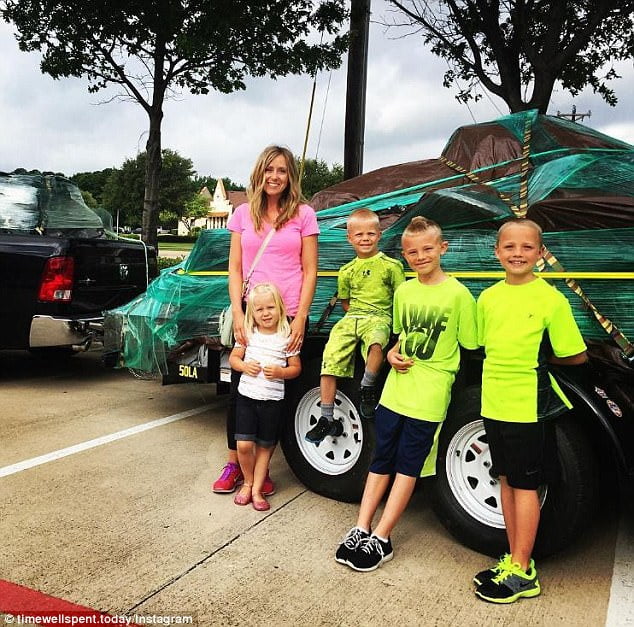 Learning a lesson: Blogger and author Jodie Norton of southern Utah was relieved to learn that her two oldest sons escaped a possible abduction by remembering what she taught them

She phoned a neighbor asking for help watching the boys while she went into the emergency clinic – where she was soon diagnosed with a ruptured ovarian cyst – leaving them to wait on a bench outside to wait while he made his way there.

‘It wasn’t until my boys came home from school at 3:30pm, that I found out they had been waaaay late to school,’ she wrote on her blog Time Well Spent.

‘I had wrongly assumed my neighbor was coming from his house (not somewhere farther away), so my two boys sat out front of the ER for 40 minutes. Not the five minutes I had expected. Their story of what had transpired while I had stupidly left them out there alone made me simultaneously sick and grateful.’

While sitting on the bench, the two young boys were approached ‘by an adult female and two punk males’ who all tried to convince them to go meet a man in the bathroom, saying that he needed convincing to come out and go to the doctor. 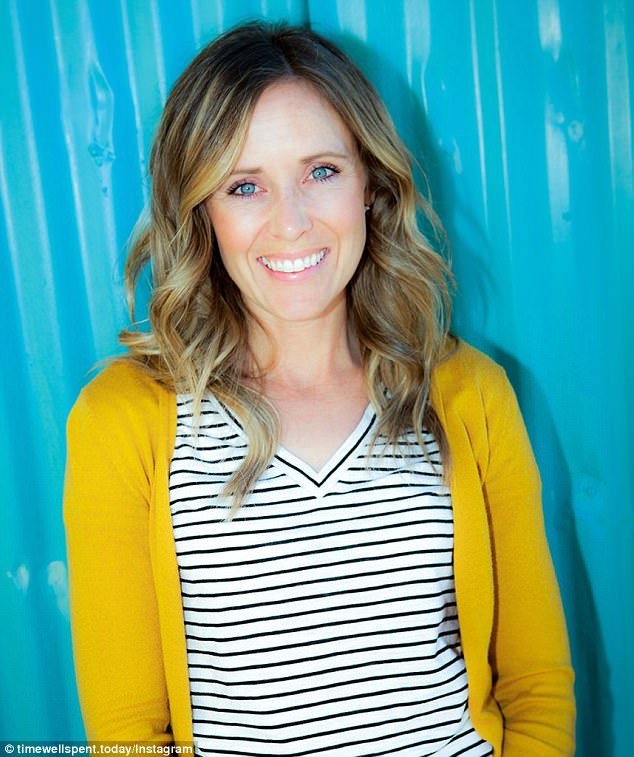 Close call: In a blog post, Jodie described how she had to rush to the hospital with a ruptured ovarian cyst and called a neighbor to come pick up her sons

The boys simply replied with ‘No, thank you,’ and stuck to that answer despite multiple pleas from the strangers.

Soon enough, the neighbor arrived, and the boys leaped into his car, witnessing a third man emerge from the bathroom and get into a car with the other men and the woman.

‘My mouth hung open the entire time they relayed this account,’ Jodie wrote. ‘My anger and shock turned to immense gratitude, however, when I heard CJ spout off a family “stay safe” rule we went over way too long ago that helped him know these creeps were up to no good. Most specifically, a tip for identifying a “tricky person.”’

The oldest boy, CJ, told his mom: ‘I knew they were tricky people because they were asking us for help. Adults don’t ask kids for help.’ 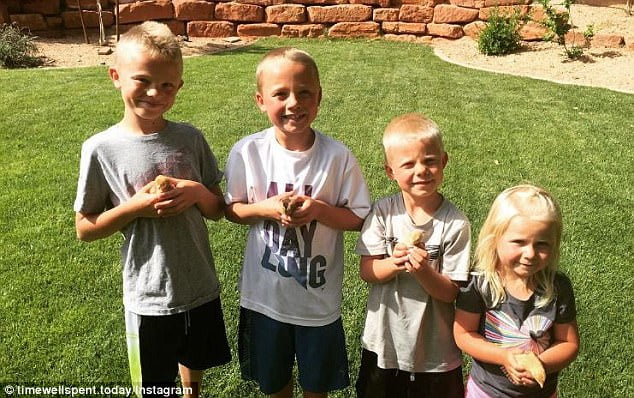 Keeping them safe: The two boys (on left) remembered that ‘adults don’t ask kids for help’

In her blog, Jodie goes on to explain the ‘tricky people’ concept created by Pattie Fitzgerald, the founder of Safely Ever After, that encourages dropping the use of the word ‘stranger’ when talking to children about danger, because: ‘They might need to talk to a stranger one day.’

Instead, it encourages parents to educate children on the behavior of ‘tricky people’, such as asking a child for help when there are other adults around.

Jodie also wrote that the police have been notified and will be reviewing CCTV from where the boys were sitting outside the hospital.

Previous Having three sets of twins, this couple still wants to have more children.
Next Prince George ‘told classmate’ at school ‘my father will be King so you better watch out’