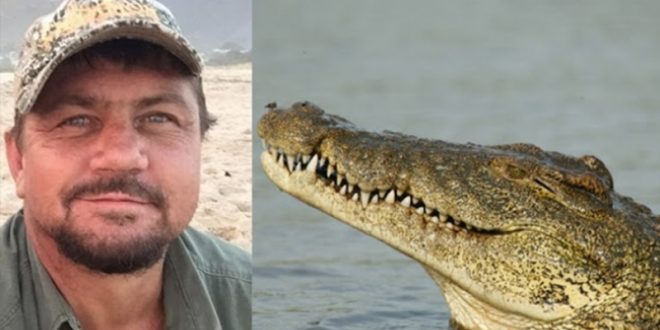 Poachers Become the Pray when Animals Fight Back!

Poaching became a real problem in many places of Africa, firstly because of the fact that it’s illegal, and second, because of the fact that it’s taking lives of people who’re trying it. That’s the case with a lot of hunters who decide to sneak into resorts and sanctuaries to kill animals for their “precious” and expensive body parts such as bones, horns, skin, etc. But that’s not all, legal hunting, or trophy hunting as it’s better known, is also as problematic. When a hunter gets into the resorts, oftentimes the animals don’t know what’s happening and don’t just stay there and let the hunters kill them. What happens, most of the time, is the animals try and hold their ground and defend their territory, and a lot of the time, this ends with either the prey or the hunter being dead.

Crocodiles Ate a Poacher Who was Hunting Rhinos

Back in 2017, one African hunter learned this the hard way. Scott van Zyl was reported missing after he went on a hunt. He was a well-renowned hunter who’s been organizing hunting trips for local amateurs and foreign professionals. The police believe that he was eaten by crocodiles on the bank of the river Limpopo.

Scott was accompanied by a Zimbabwean tracker as well as two dogs, but the tracker and Scott separated along the way and the tracker never heard from Scott. The dogs came back at the base without him, and this is where a rescue crew with helicopters, divers, and dogs started looking for Scott.

Not too long after the start of the rescue mission, they realized what might’ve happened. They found his footsteps near the bank of the river, and not too far from there they found most of his belongings. The rescue team also found body remains which they believe were humans’ inside of two crocodiles. Forensics scientists tested the remains to determine if they belong to Scott.

This is not the First Incident of this Sort

Yes, death is always sad for people, but animals also feel pain when they lose their loved ones. So, this is why poachers and trophy hunting must be stopped. There are already lots of organizations and people who are trying to do their best to stop them, but a lot of the times animals also take care of the hunters and poachers.

Sneaking onto reserves is a really dangerous task, and that’s just what a group of poachers found out when they snuck onto a reserve in South Africa trying to poach rhinos back in July 2019. People found their ripped bodies, shoes, clothes, and other belongings the next morning – They were ripped by a pack of lions.

These scenes become more frequent by the day just because of the increase in hunters and poachers who are trying to make some money on precious body parts.