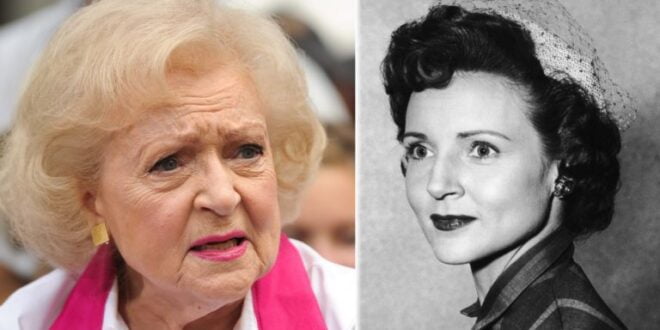 Betty White’s net worth: This is how much money she had when she passed away

As fans from all over the world mourn the loss of “the first lady of television,” we go back to the fulfilling life and the extraordinary career of Betty White.

It’s safe to say that White was one of the most beloved Hollywood actresses because of her warm personality and positive outlook on life. She often spoke of her secret to longevity and healthy life, and laughter seemed to be the crucial element in that equation.

White’s career spanned more than seven decades, time during which she offered memorable roles dubbed until this very day iconic.

Unfortunately, White passed away just weeks before her 100th birthday, an event she was looking forward to.

According to her long-time friend and agent Jeff Witjas, she “died peacefully in her sleep at her home.” Speaking to People, he said how she never feared dying because she always wanted to be with her beloved husband Allen Ludden, who passed away in 1981 after battling stomach cancer. Ludden was White’s third husband. The two didn’t have any children together, but White was the stepmother of his three children from a previous marriage.

White and Lauden’s connection was instant. They could feel they were meant for one another the moment they first met. Tying the knot, however, took some time because White was unwilling to leave California for New York, something she regretted later in life.

White had her big breakthrough with the role of Sue Ann Nivens in The Mary Tyler Moore Show. What cemented her position in Hollywood even further was her role of Rose Nylund on The Golden Girls, which ran from 1985 until 1992.

What made this actress even more special was her love for animals. She spent a lot of money for causes she held near to her heart. Some of the organizations she supported over the years were Paws, Guide Dogs for the Blind, and the Petco Foundation. In an interview with TV Guide, White explained just how much animals meant to her.

“My life is divided in absolute half: half animals, half show business. They’re the two things I love the most, and I have to stay in show business to pay for my animal work!” she was reported to have said. “I’m not into animal rights. I’m only into animal welfare and health.”

In 2012, she was honored with the American Humane highest honor, the National Humanitarian Medal, and its Legacy Award for a lifetime of helping animals.

“Betty White is a tireless and devoted animal welfare advocate, and we are proud to honor her with these two special awards,” American Humane President and CEO Robin Ganzert said in a statement at the time. “Betty is an inspiration to me personally, to everyone at American Humane Association, and millions of animal lovers around the globe.”

At the time of her death, Betty White had a net worth of around $75 million.