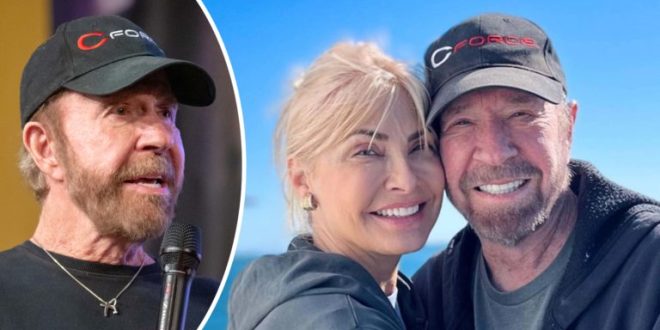 There are few actors more iconic than Chuck Norris, at least when it comes to stunts, martial arts, and through-and-through badass films.

Over the years, the 82-year-old Oklahoma native has featured in around 40 films, and it wasn’t long into his acting career that he got his big breakthrough.

Chuck has had two long marriages; his second one is still going strong today. Moreover, he is a loving father to five children.

Recently, though, he shared some rather troubling news regarding the health of his wife. 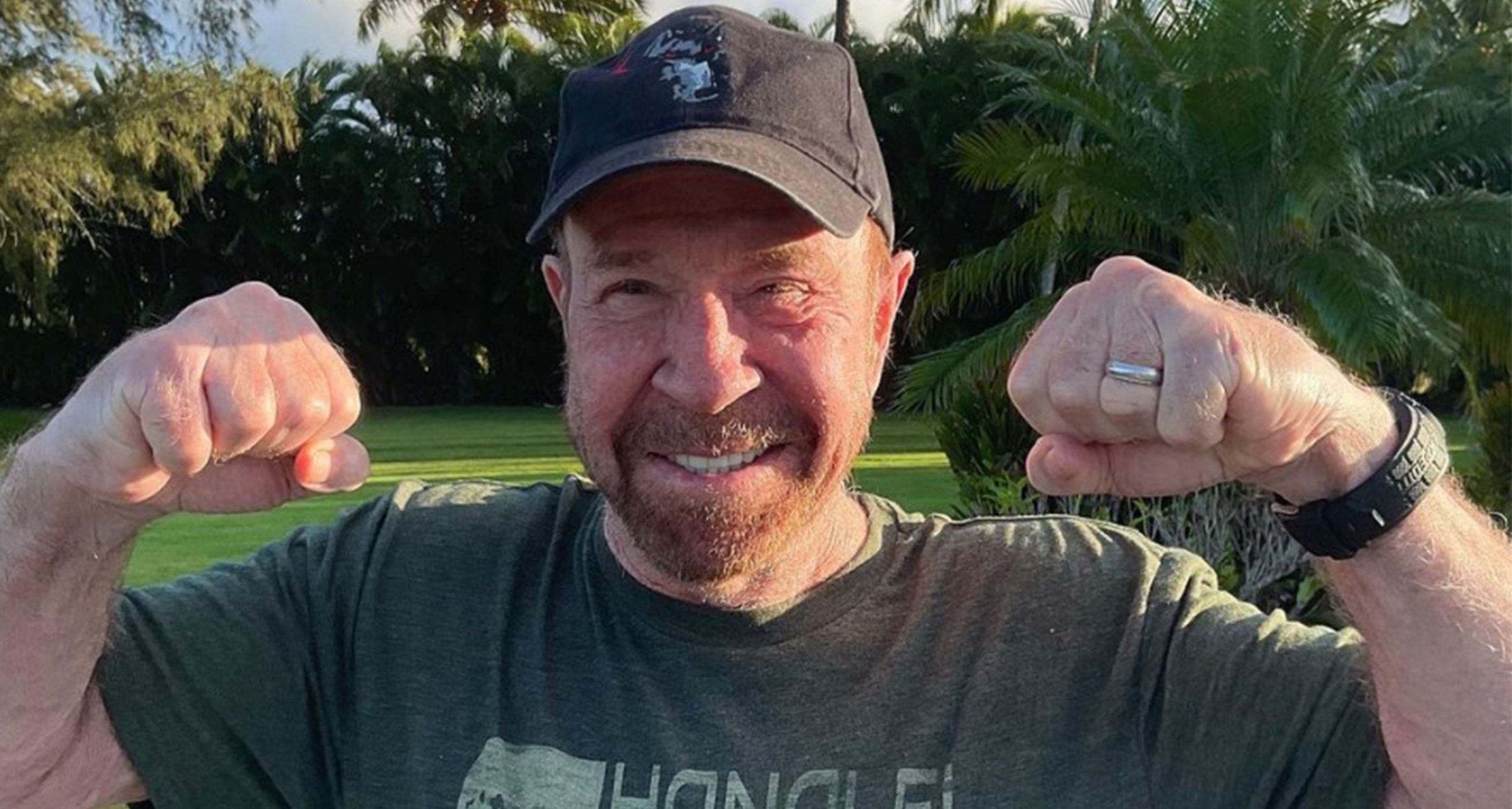 Chuck Norris was born on March 10, 1940, in Ryan, Oklahoma. The oldest of three boys, when describing himself as a young kid, he said he was “the shy kid who never excelled at anything in school.”

But in fact, Norris’ childhood was quite tumultuous. His father was a heavy drinker, and when Chuck was just age 10, he suddenly disappeared, leaving his mother, Wilma, all by herself.

She singlehandedly raised Chuck and his two siblings, but by the time Chuck Norris had turned 15, the family had moved 16 times. Ultimately, they settled in California.

Now, Wilma was a devoted Christian, and ensured that Chuck and his brothers – Wieland and Arron – went to church wherever they lived. As a result, Norris developed a close relationship with God.

Chuck attended North Torrance High School, though by 14, he had started to take on more responsibility at home. As well as studying, he helped his mother in taking care of his brothers while she worked.

“God has a plan for you,” Wilma would tell Chuck daily.

“She loves Jesus with all of her heart and soul and made sure we understood that [growing up],” he was reported as saying by Baptist Press.

“She influenced me spiritually and instilled in me a sense of responsibility that carried over in my later adult life, she always told me ‘God has plans for you,’ and I didn’t know what she meant. I think I do now.”

It was in 1958 that Chuck married his high school sweetheart, Dianne Holechek. But we’ll come back to that in a short while. 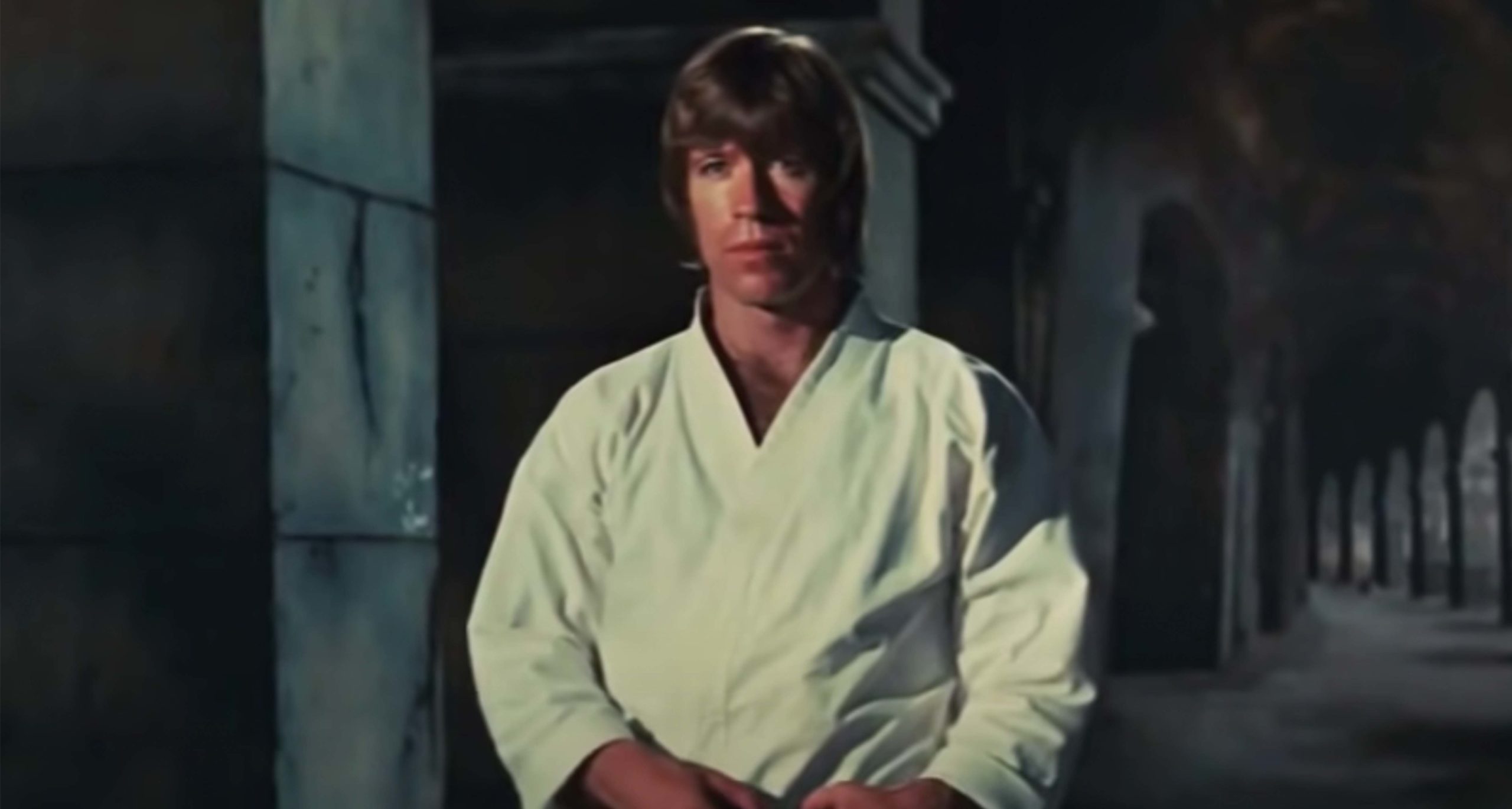 Around the same time, he had started to take an interest in the army. He ended up joining the US Airforce the very same year he tied the knot with Holechek.

How Chuck Norris got his name

Chuck Norris was initially stationed at the Osan Air Base in South Korea, and it was there that he began to study martial arts.

As fate would have it, it was thanks to his time in the service that he got his now-legendary name.

During boot camp at Lackland Air Force base in San Antonio, Texas, a Hispanic guy living in the barrack with Chuck asked if he knew what Carlos meant in English.

“I said,’ yea, it is Charles,’” Norris explained on his website. “Then he said,’ The nickname for Charles is Chuck. That is what I am going to call you.’ Well, all the guys started calling me Chuck and it stuck.”

As per the US Army website, Chuck soon “realized that he couldn’t arrest a rowdy drunk without pulling his weapon.” So, he decided to study martial arts. His instructor was Grand Master Mun – instructor Tae Kwon Do – at the Osan Gym.

When he left the service in 1961, Chuck began working as a karate instructor. At that point, he had a black belt in karate and a brown belt in judo.

Chuck would go on to be something of a karate studio franchise owner. He opened more than 30 karate studios in the 1960s in the US, and through them taught many celebrities, including Priscilla Presley and Steve McQueMoreover, he competed in numerous tournaments, winning the World Middleweight Karate Championship title for the first time in 1968. Norris would defend the title five times, and was soon seen as one of the greatest fighters in martial arts history.

“I was competing against guys with years and years of experience”

In 1974, Chuck retired from competition. By that point, his chain of karate schools had fallen into ruin.

“I thought that maybe 500 schools was better than owning six schools, well turns out it wasn’t. Anyway, two years later, I lost everything. It took me five years to get out of that hole and pay all the creditors back. In the meantime, I was trying to decide what I was going to do with my life,” Chuck explained.

As mentioned, Chuck had tutored Steve McQueen. It turned out that the actor had actually told Norris to try his hand at acting. The problem was that Chuck had no money, and acting classes were costly.

“Finally I found an acting school that I was able to take on my GI bill through the military,” Norris said. “So I went back to school to learn acting. Then I went out trying to find work (as an actor) but I was competing against guys with years and years of experience.”

“I said ‘this isn’t going to work.’ So I wound up writing my own screenplay and finally, you know through sheer determination and faith I sold the idea and made it a reality. That was in 1977. That really was the beginning of my career.”

Before that, however, Chuck would take on what is today considered a cult role. In 1972, he appeared in Return of the Dragon, with a particular highlight of the film being a fight scene involving him and action star Bruce Lee, staged in the famous Colosseum in Rome, Italy.

The story behind the legendary scene is quite something. 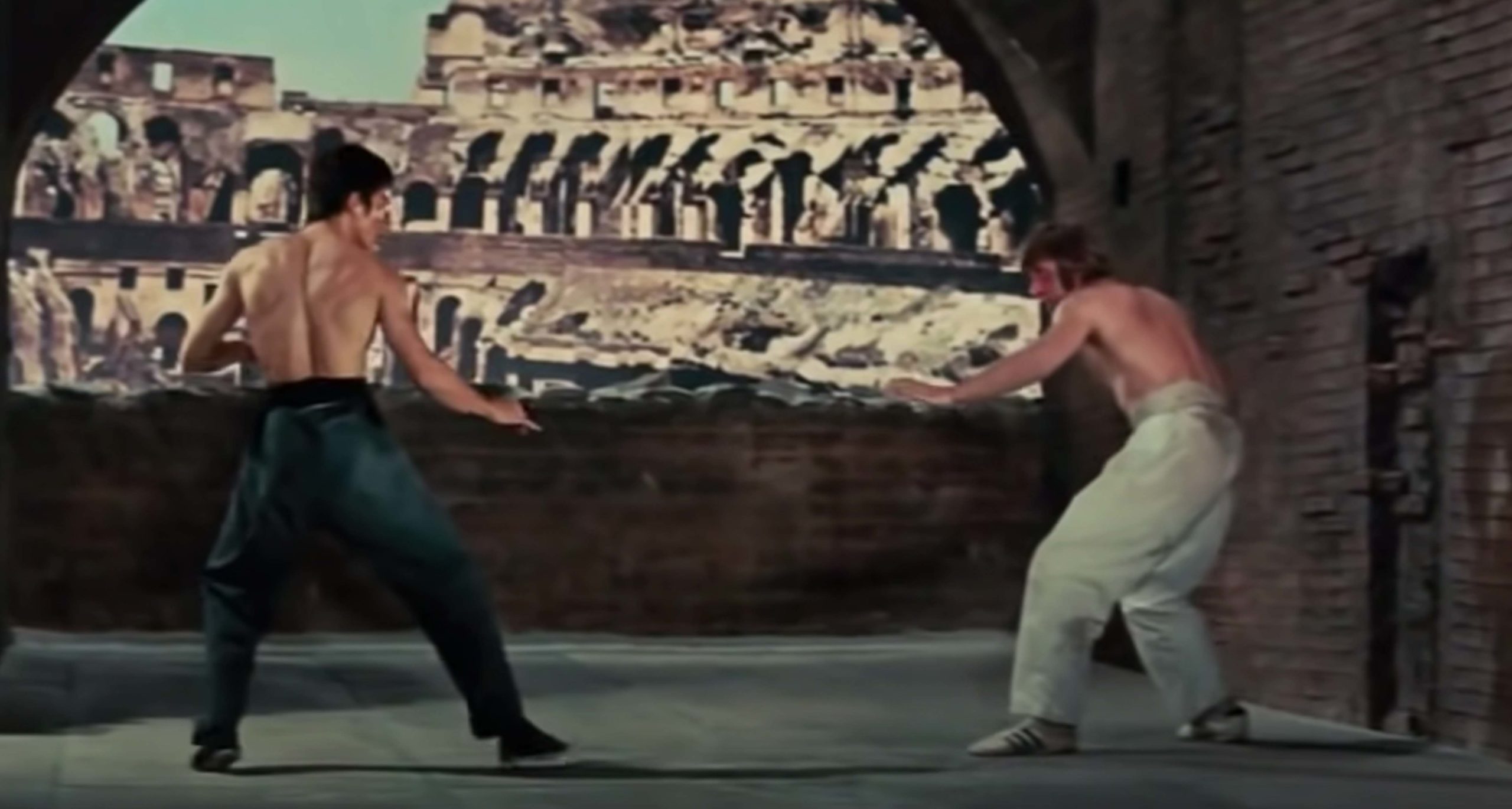 “It was amazing because when I got to Rome my fighting weight was 168 (lbs.) and at the time Bruce weighed about 145,” Chuck said.

“The producers of the film looked at us together and said to me ‘you know you two don’t look much different in size, you need to be bigger than Bruce, can we make you bigger?’ I said ‘what do you mean?’

Norris continued: “So I started eating hamburgers and drinking malt. But I was training every day so I was burning the weight right back off again. I had to literally stop training and just eat.

And then of course you know it wasn’t muscle it was more fat than it was muscle (laughs). So I went up to about 180 for that fight scene. That’s why you didn’t see me do any jumping kicks I couldn’t get off the ground.”

Chuck might not have won Academy Awards during his time in the spotlight, but his career in acting has been quite something. All told, he’s been in around 40 films, including the 1984 film Missing in Action, Code of Silence (1985), and The Delta Force (1986).

As the 1990s approached, Chuck’s career as an actor began to fade. He wasn’t landing prominent roles anymore, and so decided to create some new projects on the side. The result? Well, today he has a net worth of around $70 million.

Norris has always been a big supporter of several charities, including the Make-A-Wish Foundation. In 1990, with the help of President George H. W. Bush, he started his own charitable organization, Kickstart. 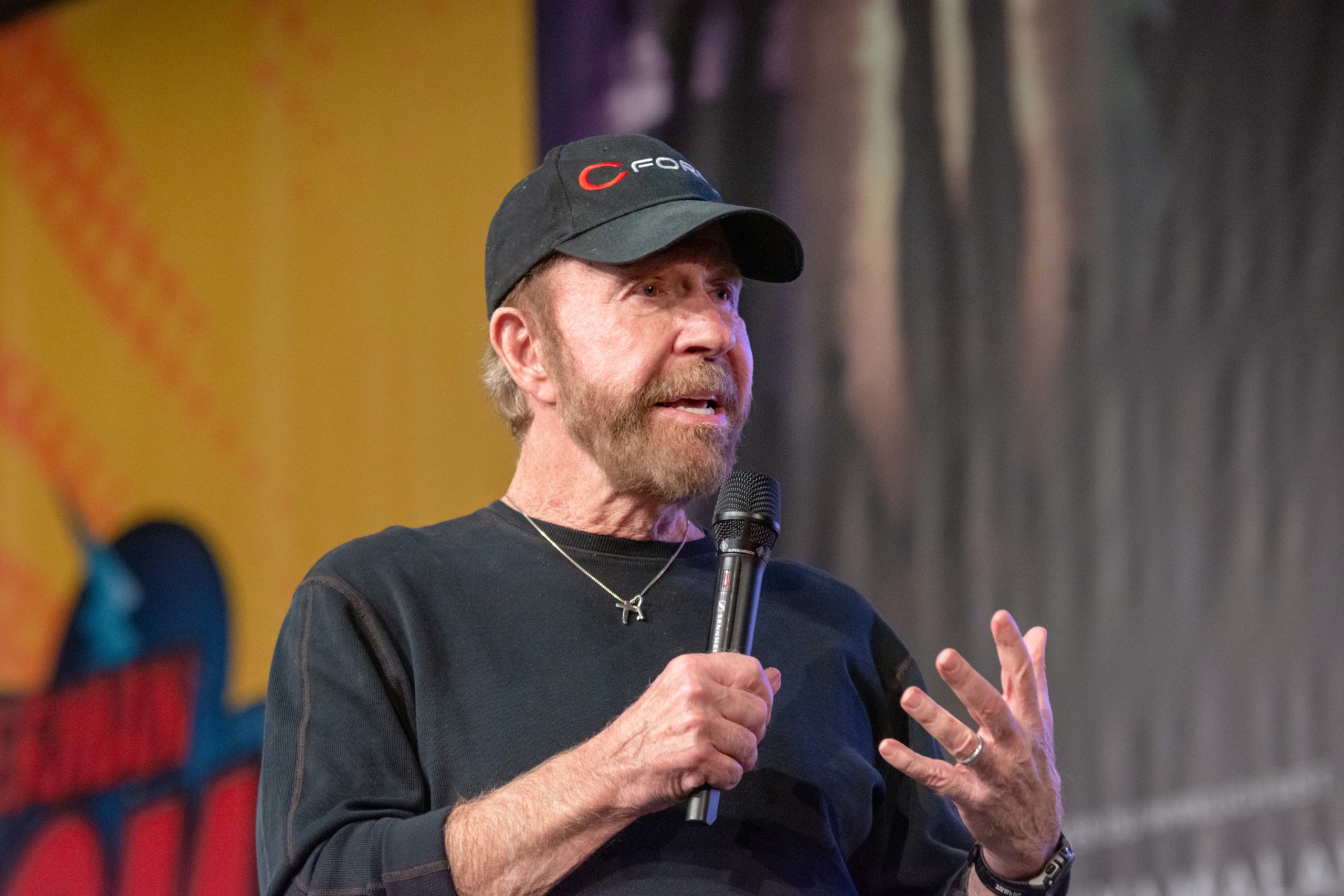 The organization provides martial arts training to middle-school students in the US. The purpose of the training is not to teach kids how to fight.

Instead, it’s designed to raise their self-esteem, so they don’t feel they have to fight in the first place.

“Kickstart, I think, is one of God’s plans for me and for Gina, too,” Norris said. “We work with kids who are already going down the wrong path, who already have two strikes against them, inner-city children who have no self start.

And our program Kickstart, which means building strong, moral character in our youth through the martial arts, is a way for us to give back.”

As mentioned earlier, Chuck tied the knot with his high-school sweetheart, Dianne Holechek, in 1958. The two stayed together until 1988, and share children, Mike and Eric.

Then, in 1997, Chuck went on a date at a restaurant in Dallas. However, it was another woman that caught his attention.

That woman was Gena O’Kelley, and the two started dating soon after. Chuck and Gina married in 1998 and remain deeply in love to this day.

For their 20th anniversary, Chuck took to Facebook to post an emotional tribute to his wife, whom he calls his best friend.

“22 years ago I met the love of my life. And we are now celebrating 20 years of marriage together,” Norris wrote.

“Gena… Thank you for being not only the best wife a man could ask for but the greatest mom and best friend as well. I love you Gena and look forward to celebrating many more years together.” 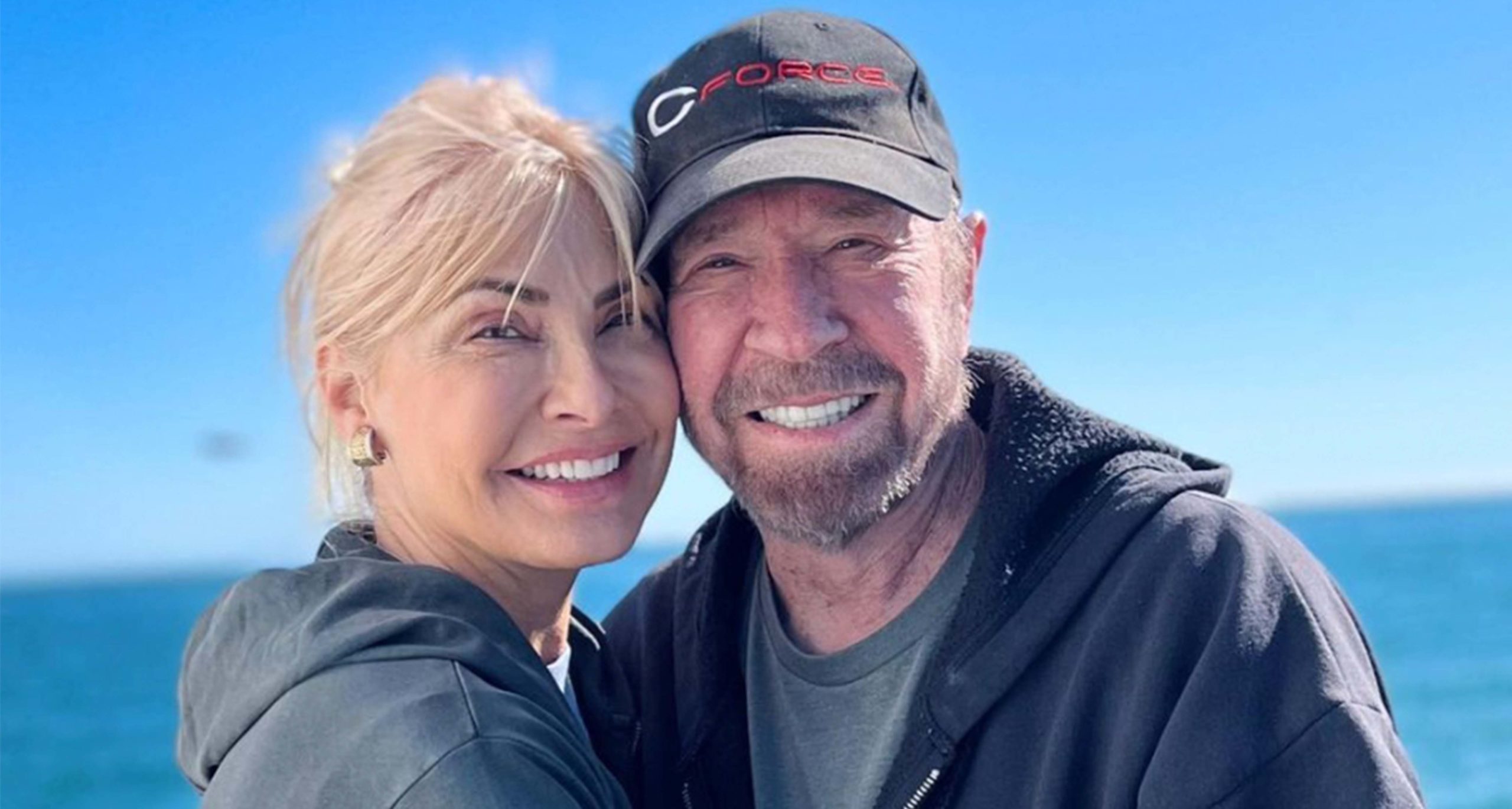 Gena and Chuck Norris have welcomed two children together, Danielle and Dakota. However, about a decade ago, their lives turned upside-down.

Gave up his film career to take care of ill wife

Since then, Gena’s health has been deteriorating. As per reports, in 2013, she received an injection. According to Gena herself, something felt wrong almost instantly.

“Within hours after the first jab, I felt like my whole body was on fire — as if acid had been passed through it. The burning was isolated at first, but it just kept spreading… I just lay in bed on an IV for five months and had to have round-the-clock nursing care. Chuck slept beside me on the couch and never left. I prayed that I would live to raise my children,” she explained.

Since then, Gena has suffered from nerve pain and kidney problems. They believe she was poisoned by a chemical injected into her multiple times during magnetic resonance imaging scans (MRI).

Gena and Chuck have publicly sued 11 healthcare companies in a bid for justice. 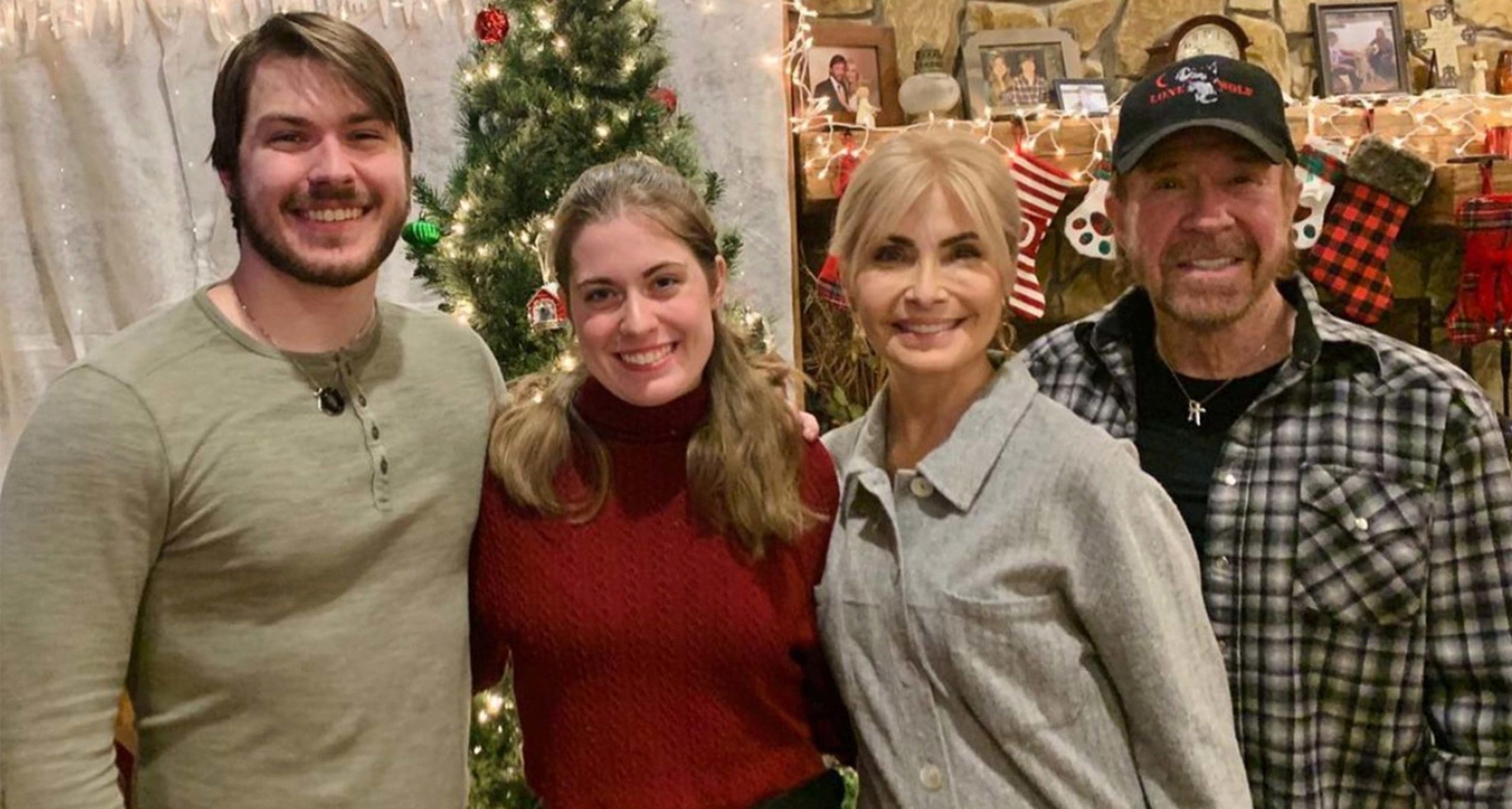 Since then, Gena has needed care, and her husband has always been there. In fact, he gave up everything else to care for his wife full-time. According to the couple, they have spent around $2 million on treatments alone.

“I’ve given up my film career to concentrate on Gena, my whole life right now is about keeping her alive,” Chuck said. “I believe this issue is so important.”

“It’s infuriating and heartbreaking,” Gena added. “It’s a vicious, ugly secret that has been kept hidden — something Chuck and I are determined to change.”

We wish Chuck Norris and Gena all the best in the future. Hopefully, she will fully recover soon.