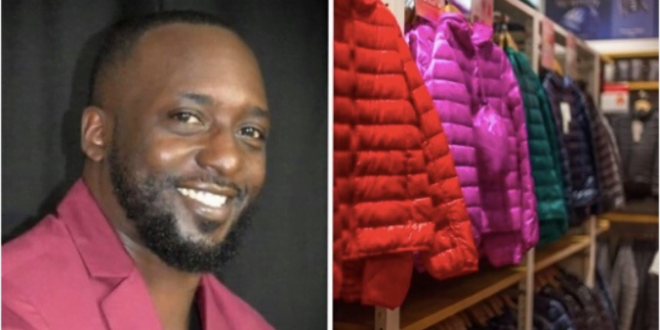 Hey guys, Bryant and Jenni here. We just love this story and thought we’d share it with you. As a parent, you never want to think your kid is bullying another child. Most parents think “oh no, not my kid,” or “they know better.” Not all parents are so easy to write off bullying, some think of clever ways to punish their kids and get their point across.This father found out his daughter was bullying another girl, so he hit her where it hurt and took the victim on the shopping spree he had been saving to take his daughter on.

Source: YouTube Screenshot
This teenager learned a tough lesson about bullying after her father treated her victim to a shopping spree

Re’Onna, is a 16-year-old girl who loves nothing more than shopping. When her father, Randy, found out she was bullying another teenager, he knew exactly how to teach her a lesson that would stick.

Randy had been bullied himself as a kid, so naturally, he was very disappointed in his daughter’s actions. The victim, Ryan, had confided in her mother, so she reached out to Re’Onna’s parents.

“I was hurt, growing up I was bullied, so I first understood how Ryan felt and I wanted to teach my daughter a lesson in the same sentence,” Randy told the Strahan Sara & Keke show on ABC.

Source: YouTube Screenshot
Ryan’s mother couldn’t believe what Randy did, she was so used to parents being passive-aggressive

When Ryan’s mother, Richauna Reese, called Randy to tell him about his daughter’s bullying, she had no clue he would be taking her daughter on a shopping spree to make up for the pain Re’Onna had caused.

Source: YouTube Screenshot
“I never thought in a million years, that he would have took the approach that he did with my daughter. I’m sorry that Re’Onna’s going through it, but he’s teaching her a lesson because he too went through bullying in school.” Said Richauna.

Source: YouTube Screenshot
Although Re’Onna was upset at first, she is now happy that her dad helped Ryan, who had been through a lot recently

When Ryan took the stage, she explained how the bullying added to her depression and sadness, she had just lost her grandfather, father and aunt, all in short succession and the bullying made it worse.

Source: YouTube Screenshot
When Ryan found out Randy was going to take her on a shopping spree meant for Re’Onna, she began to cry

She wasn’t just crying because of the clothes, Ryan had never had a real father figure, this was the first time she had the guidance and care from a genuine dad. The love and compassion Randy showed her, was far more than any material object could offer.

Source: YouTube Screenshot
“I just started to cry, because he’s actually the first father to actually take me in his arms and teach me how to be polite, and kind, and respectful. Even though Re’Onna Bullied me, it doesn’t really matter, everyone is a star in my book.” Said Ryan.

Randy’s actions can teach other parents to take responsibility for what their kids do, “be the parent, not the friend”

Source: YouTube Screenshot
“As a parent, we have to take responsibility for what our kids do, we can teach our children but when they go to be around other children they can veer off a bit. When situations like this happen, we’ve got to take action, be the parent and not the friend.” Said Randy.

This is such a powerful story, we need more parents like Randy in the world! Watch the video below.

Previous Melania Trump has a response for historian who mocked her for the design of White House’s garden
Next An Amazing Story about the Graduation of a Homeless Teen who Spent 12 Years on the Streets!