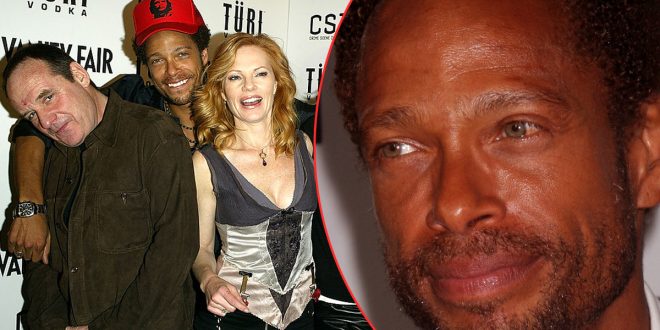 Gary Dourdan from “CSI” and the obstacles he overcame in life

Actor Gary Dourdan, best known for portraying Warrick Brown on the television series CSI: Crime Scene Investigation, was a fan favorite. However, after CBS decided not to renew his contract, he disappeared from the Hollywood scene. Many fans wondered what he was doing over the years, so here’s a short overview of Dourdan’s personal life and career.

He was born in 1966 in Philadelphia, Pennsylvania, to a mother who was a teacher and a fashion designer, and a father who worked as an entrepreneur and an agent for jazz musicians.

Growing up, Dourdan’s family moved to New Jersey and that’s where he fell in love with acting and martial arts.

“I’d take the bus to Chinatown, take martial arts lessons, then go to the Chinese movie theater to watch kung fu films. I’d go buy martial arts equipment after I saw Bruce Lee, and I’d act like I was him,” Dourdan told Philly Mag in 2007.

Dourdan felt that if he needed to succeed, he had to leave New Jersey for New York. Once there, he worked as a doorman at a rehearsal studio.

“I was living in the studio’s basement. There were people rehearsing music videos and films, and there were rats – rats the size of Chihuahuas,” he told The Philadelphia Inquirer.

Dourdan himself was very interested in music and played the piano, the guitar, and the saxophone. He did some off-Broadway plays and was hoping to make a name for himself, something that started feeling more and more within the reach of his hand after he met actress Debbie Reynolds who helped him land the role of Shazza Zulu in A Different World.

During the 90’s, Dourdan was part of a number of music videos, including Janet Jackson’s Again, which became a huge commercial hit at the time.

It wasn’t until 2000, that Dourdan had his big breakthrough with CSI. Honestly, we couldn’t imagine anyone else portraying the eccentric forensic investigator and audio-video analyst Warrick Brown.

“When I got on the show, it was a great challenge to be an actor and to be in a drama. You want to be able to play a character who has dimensions. And I was able to do that,” Dourdan shared with Red Carpet News.

After eight seasons on the show, Dourdan said goodbye to it.

When it comes to his private life, Dourdan has two children with two different women. Daughter Nyla is 23 years old while son Lyric, whom the actor has with his ex-girlfriend from Cynthia Hadden, is 19.

Speaking of his children, Dourdan shared with The Throve, “They’re really good kids. We never had to discipline them the way my mother definitely had to discipline me. I was a bit of a wayward child–a middle child and I was really reckless. My kids aren’t. Their mothers have done an excellent job of raising them. I’m very proud and feel very blessed. There were some uneasy years there; child rearing and relationships are difficult, but for some reason, those kids, those souls chose to be born through us. I have to thank them for that.”

One thing that affected Dourdan’s life was his brother’s death. Dourdan was still very young when his brother, who was 23 at the time, went to Haiti to research their family’s lineage but fell from a balcony and died. The circumstances surrounding his passing remain unclear until this very day. Even though years have passed since this tragedy took place, Douran still mourn’s his brother’s loss.

Throughout the years, Dourdan has found himself in trouble many times. He was once arrested for driving his car into parked vehicles, and shortly after, he was arrested again after an argument with his girlfriend.

Today, Dourdan is back on the big screen, to the delight of his fans. In 2021, he was part of the action thriller Redemption Day, and according to IMBD, more projects are on the way.

We are glad Gary Dourdan managed to take control of his life again.

Previous More and more people are saying they’ll never eat Chick-Fil-A again after seeing this video
Next Elsa Patton’s face was ‘ruined’ by plastic surgeon: Pictures of the reality star shows how beautiful she was before