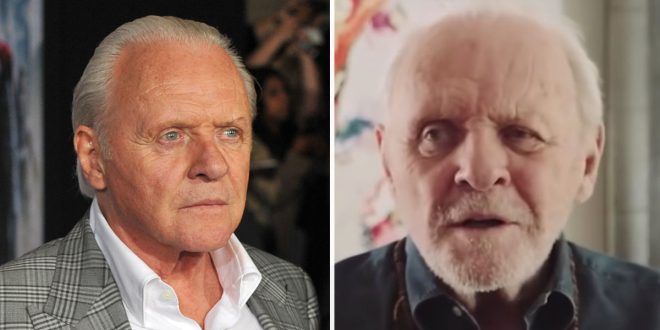 Each of the roles great Sir Anthony Hopkins has ever landed is iconic in a unique way. His passion for acting can be felt by the audience and that’s something that makes him one of the greatest actors that have ever walked this Earth.

Among the huge number of roles he played throughout the years, that of Hannibal Lecter is probably one of the most prominent and most powerful ones. It brought him an Academy Award and helped his career skyrocket.

Speaking of the time he was offered to be part of The Silence of the Lambs, Hopkins recalled in an interview with Variety:

“I’m thrilled that the movie worked. I’m proud to be in it. I was in the theater, in London, and my agent phoned me— Jeremy Conway, his name was— and he said, ‘I’m sending a script over to the theater called The Silence of the Lambs‘.”

“I think Jodie just won the Oscar for The Accused, actually. So I came to the dressing room and I started reading it, and I got through about 10 pages. When [the FBI agent] Crawford said, ‘You don’t want Hannibal Lecter inside your head,’ I thought, ‘Ooh, that’s it’,” he added. “I phoned my agent, and I said, ‘Is this an offer? This is the best part I could ever…’ He said, ‘Well, it’s not a big part.’ I said, ‘I don’t care’.”

In 2006, Hopkins was awarded the Golden Globes lifetime achievement award, the Cecil B. DeMille Award, and in 2021, he won another Academy Award for Best Performance by an Actor in a Leading Role for the film The Father.

When it comes to his private life, Hopkins was married three times. He and his first wife, actress Petronella Barker, tied the knot in 1966 and two years later, they welcomed daughter Abigail, Hopkin’s only child. However, he and his daughter are not on good terms and haven’t spoken to each other for over 20 years.

“I accepted it years ago. It’s her choice and she must live her life,” he said about his daughter.

“I say to young people, ‘If your parents are giving you trouble, move out.’ You’ve got to let go. You don’t have to kill your parents, but just leave if it’s holding you back.”

In 1973, a year after he divorced his first wife, Hopkins married Jennifer Lynton. They stayed together for almost thirty years, and a year after they finalized their divorced, he married his current wife, Stella Arroyave, who is 18 years his junior.

Their first encounter was a serendipitous one. Namely, she owned an antique shop and he happened to enter her place in hopes of finding some furniture. Instead, he found love.

Stella grew up in New York but moved to California to pursue a career as an actress. However, she wasn’t lucky enough to find her place in Hollywood at the time and quit her dream. When she met Hopkins, that all changed. Stella got the opportunity to stare alongside him and Nicole Kidman in The Human Stain as well as other films, and today, she is a successful director and screenwriter.

“I took a lot of course at UCLA, writing, directing, filming. I did some music videos,” Stella told Yahoo. “When I married Tony, I produced the [2007] film Slipstream. I always wanted to produce, direct, write. It was something I nurtured, studied.”

She had her directorial debut in 2020, with the film Elyse, starring her husband.

Speaking of working with Hopkins, Stella told Variety: “He’s a consummate professional. He treated the set and me and the actors as he treated any other film production. He knew his lines and asked me what I thought and we had a few good exchanges and ideas.”

Before the film, Stella revealed she spoke to Hopkin’s grammar school teacher who told her something interesting about the actor.

“He said that of all the students in the school, he wouldn’t have guessed that Anthony would achieve this level of success because Anthony was a loner,” she said.

“The only thing he saw was that he was interested in drawing and piano. It confirmed to that Tony is a private man who enjoys being alone. But he’s a genius.

“His focus is his passion — art, music, film and theater. He’s living his life fully, being himself to the full extent of his passion,” she added.” I think you get it.”

Anthony Hopkins has given so much to the world of film. In 1993, he was knighted by Queen Elizabeth II for services to the arts.

Previous Even though she was acting normally, everyone she passed was making fun of her
Next Destinee LaShaee The 30 YO Star Of My 600-Lb Is Found Dead.