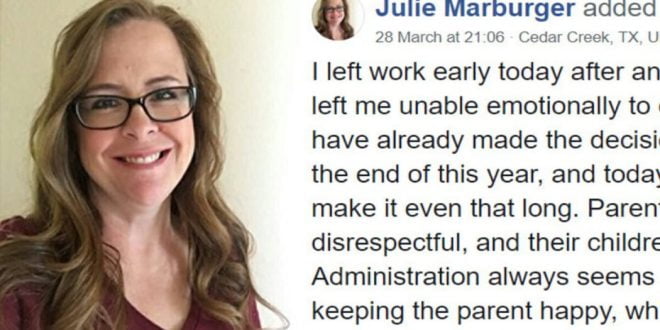 This Teacher Had Enough Of The BS Parents And Kids Give Her, So Before Quitting She Posted This Epic Rant Online

Without good teachers, the next generation of scientists, doctors, engineers and entertainers wouldn’t exist. It’s no exaggeration to suggest the continued success of our species rests on the shoulders of teachers.

That said, it’s not a simple job, at least not for those who genuinely endeavour to be good at what they do. Being a teacher can often result in a person being broken down physically and mentally, usually because of troublesome students who won’t behave.

She took to Facebook to write an impassioned post on Facebook about her experiences, and it’s certainly made a difference. At the time of writing, in fact, it’s been shared over 300,000 times.

It didn’t take long for Julie Marburger’s post on parents and their unruly kids at school to gain the attention of the internet. 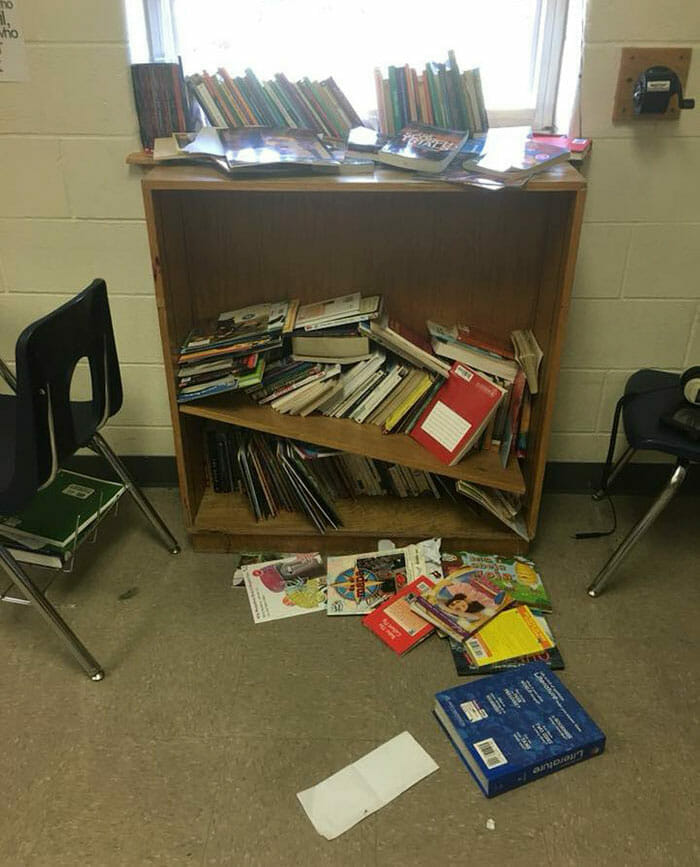 Stepdad walks daughter down the aisle
“I left work early today after an incident with a parent left me unable emotionally to continue for the day. I have already made the decision to leave teaching at the end of this year, and today, I don’t know if I will make it even that long. Parents have become far too disrespectful, and their children are even worse. Administration always seems to err on the side of keeping the parent happy, which leaves me with no way to do the job I was hired to do … teach kids.

“I am including photos I took in my classroom over the past two days. This is how my classroom regularly looks after my students spend all day there. Keep in mind that many of the items damaged or destroyed by my students are my personal possessions or I purchased myself, because I have NO classroom budget.” 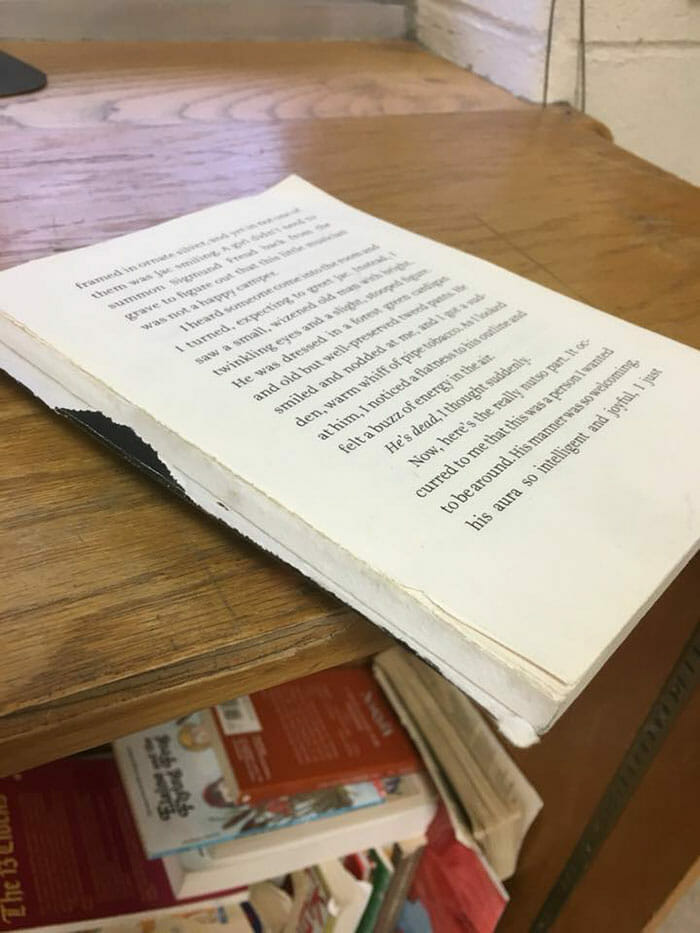 Facebook / Julie Marburger
Julie continues: “Report cards come out later this week, and I have nearly half of my students failing due to multiple (8-10) missing assignments. Most of these students and their parents haven’t seemed to care about this over the past three months, though weekly reports go out, emails have been sent and phone calls have been attempted.

“But now I’m probably going to spend my entire week next week fielding calls and emails from irate parents, wanting to know why I failed their kid. My administrator will demand an explanation of why I let so many fail without giving them support, even though I’ve done practically everything short of doing the work for them. I am expecting this, because it is what has happened at the end of every other term thus far.”

The frustrated teacher goes on to say:

“People absolutely HAVE to stop coddling and enabling their children. It’s a problem that’s going to spread through our society like wildfire. It’s not fair to society, and more important, is not fair to the children to teach them this is okay. It will not serve them towards a successful and happy life.”

What do you think to Julie’s take on things? Are kids today too coddled and enabled? Let us know in the comments box.

Share this article to help spread Julie’s message even further!