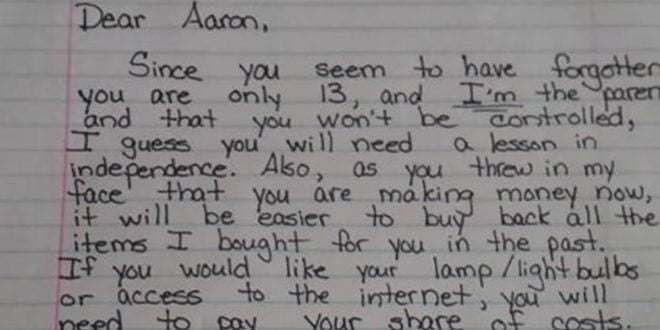 The idea of having a child is a thrilling one, and things are more or less perfect while the kids are still very young. However, once they reach certain age, they believe they are mature enough to do things their own way which makes moms and dads feel helpless or as they failed as parents. The thing is that most teenagers go through this stage, and many realize (sooner or later) that they were wrong and that they should take their parents advice.
Heidi Johnson is a loving mother who does all in her power to give her son the life he deserves. Of course, she expects from him to respect her and be polite and nice in return. Well, more or less like every other parent out there.

Aaron on the other hand is convinced that with his 13 years he’s old enough to do whatever he pleases, and that includes disrespecting his mom’s house rules. 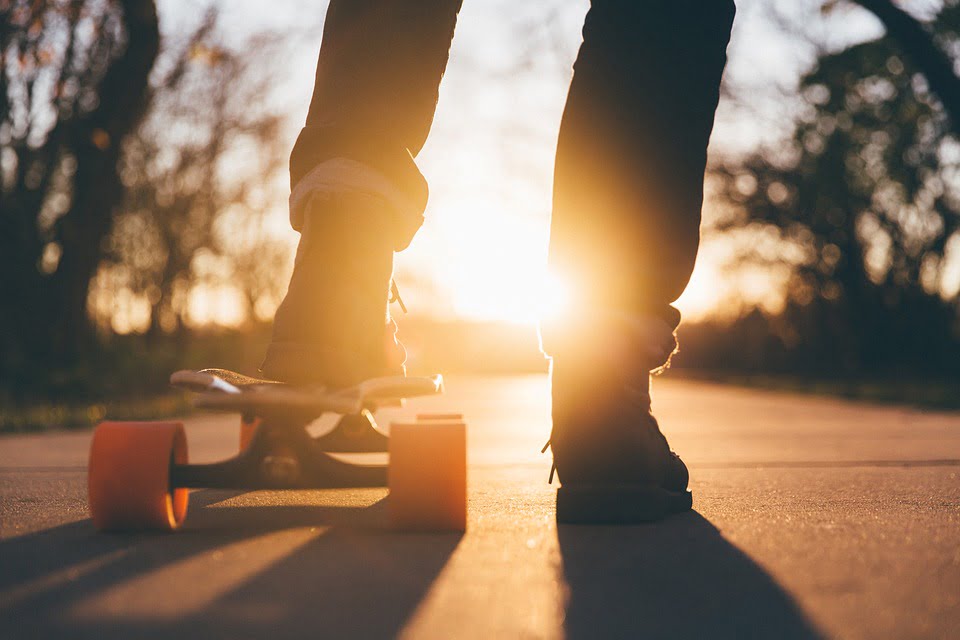 Heidi wouldn’t put up with such behavior and decided to take matters in her own hands, and now the way she dealt with her teenage son’s arrogance and misbehavior has gone viral.

Namely, she accidentally posted the letter that contains a ‘bill’ that Aaron should pay every month for the things he was getting for free such as rent and food. She believed that would teach him a lesson, and as it turns out she nailed it.

“The child is going to have a rude awakening today after the words he exchanged with me last night. Not only will he find this on the door, but his mattress stripped, and the toys and clothes that I bought confiscated. He will have three options.. Buy his own, rent his clothes at $3 a day, or renegotiate his terms of being a child. Mama’s done playing games and being a doormat.”
Source: Facebook/ Heidi Johnson
Different people reacted differently to the post. While some of them praised this mom’s action, others believed she overreacted and didn’t approve of her disciplinary repercussion.

“Way to go, Mom. Your son will be an excellent roommate, friend, guest, spouse, employee because you taught him consequences,” one Facebook user wrote.

“Well done!!! That’s how you raise self disciplined,responsible caring human beings to be proud of!!” Another Facebook user exclaimed, supporting Heidi’s parenting style.

According to some, she should have found a better way to tell her son his behavior wasn’t appropriate.

“Basically, you are a bully, who is using her power over her son to force him to do what she wants. Yeah, that works…until they are actually independent,” one person commented. 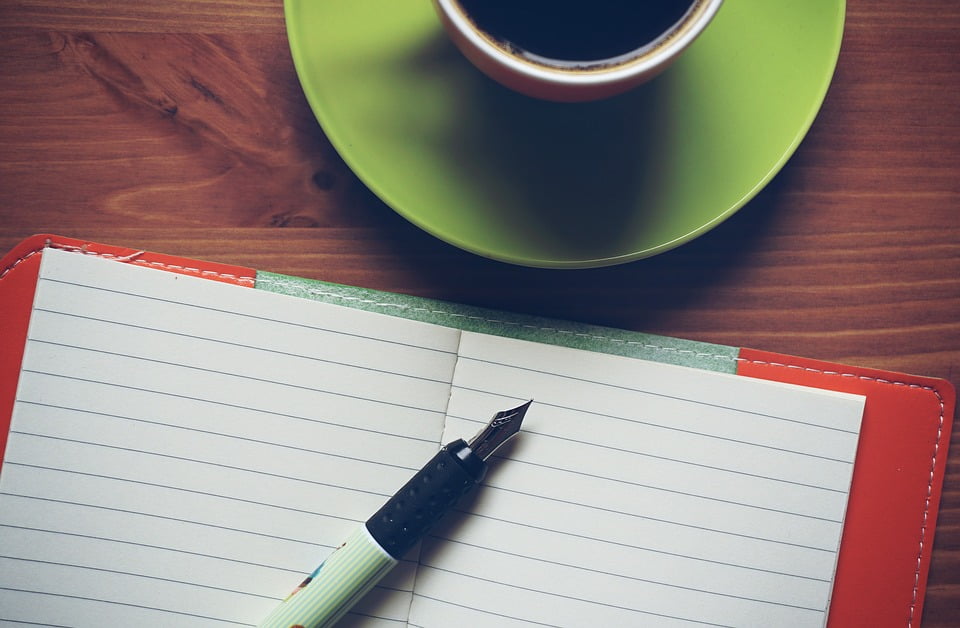 Source: Pixabay/ Free Photos
Heidi, however, believes she knows best and is only trying to teach Aaron about the right values in life. This is what she had to say to defend her action.

“I wrote him a “bill” to make a point. Nothing comes free. Someone is making a sacrifice some where down the line. When I realized he had lied to me about homework, I put time constrictions to his internet access.”

Aaron was mad for what his mom did because he believed no one had the right to tell him how to live his life. This is mainly because he has his own YouTube channel and makes some money from it, so despite being just 13, he felt like he could be completely independent.

“Really? What are you going to do? You can’t take my stuff…” Heidi shared Aaron’s initial reaction towards his punishment.

However, after he gave it a second thought, he understood his mom’s point and realized she was right. He said how he won’t lie about his homework again and would respect her opinion.

“He apologized, and asked what could he do to make things better and start earning items back. He earned his comforter and some clothes right back. I did leave him some clothes to begin with, just not the ones he would want to wear everyday. He also had some pillows and sheets, just not his favorite ones.” Heidi added. 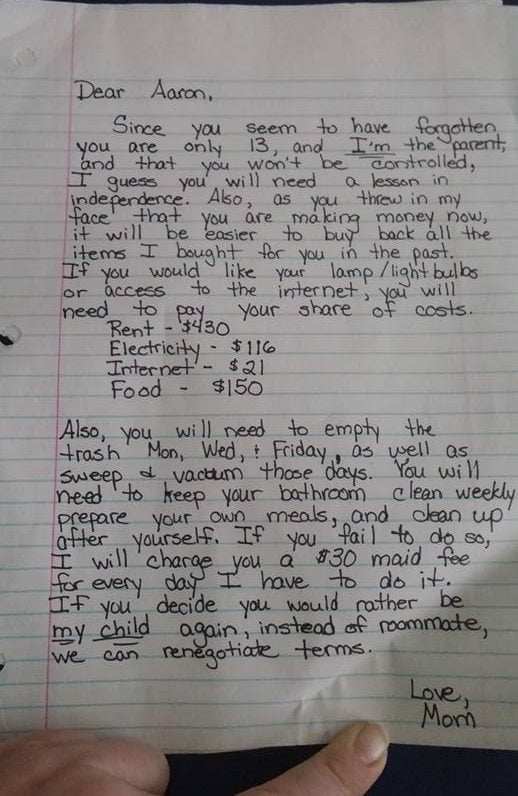 At the end, the two came up with the idea of creating a contract about the things Aaron is expected to do.

They are not getting along and Heidi is glad she found the way to make her son realize his mistake. 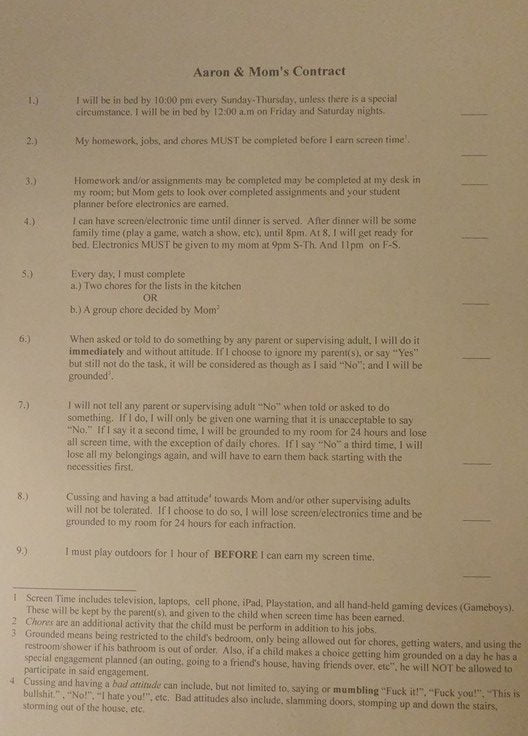 We believe this mother just did what she needed to do in order to teach her son a lesson. Share your thoughts with us in the comments section below