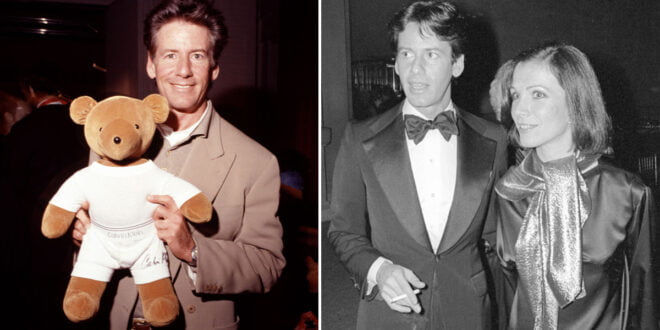 Calvin Klein, along with his friend and business partner Barry K. Schwartz, established the Calvin Klein Inc. and soon turned it into a multibillion-dollar operation and one of the most successful and recognizable brands in the industry.

For young Klein, the dream of designing clothes was born when he was still just a child. His grandmother was a seamstress and he enjoyed watching her work with fabrics and create beautiful pieces.

Klein was born in 1942, to a Jewish family in the Bronx, New York. His father fled Hungary amid the World War, and his mother was born in America to parents who were immigrants from Europe.

Realizing their son was was interested in his grandmother’s work, Klein’s mother supported his passion and encouraged him to study at the High School of Art and Design in Manhattan.

In 1962, Klein graduated from the Fashion Institute of Technology in New York and started his apprenticeship at a cloak-and-suit manufacturer, Dan Millstein. Further, he worked for various shops and manufacturers in New York. However, he wasn’t happy with the idea of manufacturing pieces he didn’t find appealing, so he eventually quit. According to the designer himself, one particular situation made him consider starting his own business instead of working for others.

”One day I saw a woman walking down the street in the yellow suit with the yellow fox collar and cuffs, a yellow hat, a yellow handbag and yellow shoes – and I quit. I was so sick to think that I had been part of making that outfit possible,” Klein explained in a rare interview in 1984.

The story of how his small business turned into a fashion empire is a rather serendipitous one. One day, a representative of the major department store, Bonwit Teller, entered Klein’s small rented showroom by accident. Apparently, she missed the floor and ended up at Klein’s workshop. When she noticed his work, she placed an order for $50,000 for his coats.

People loved his pieces and he made millions in sales by the early ‘70s.

Klein has always nurtured a minimalist style. “I grew up in an environment that was very baroque, and always loved simplicity and purity. Everything had to be pure, minimal and strong,” he told Huffington Post.

When he “reinvented” the jeans and offered a brand new experience to people with his tight-fitting denim, Klein reached new heights in the world of fashion. His commercials, which many found vulgar, brought him even more success. One of them, which is probably the most famous one, featured then 15-year-old Brooke Shields who could be seen wearing the famous jeans and saying, “Do you know what comes between me and my Calvins? Nothing.”

”You know there were a lot of people that were offended, but that wasn’t the intentions,” Calvin Klein told Cherwell in 2019.

Another of his advertising campaigns, which was released in 1979, created as much controversy as the previous one.

“We had someone shoot [then 23-year-old model Patti Hansen] on her hands and knees — she had this incredible mane of hair. People were really upset. That didn’t win me a lot of friends, but I believed in reaching people — especially when making products that a lot of people can afford to buy,” Klein told Huffington Post and continued: “We never did any of the creative, thinking it would cause controversy… We just thought of creating something exciting that would push the envelope, but not be vulgar.”

Klein has always been a very respected public figure. In the past, he could be often seen attending numerous events, but in the recent years, he is rarely seen in public and tends to stay out of the limelight.

In fact, even during the time of the peak of his career, Klein never revealed much about his private life.

What we know of him is that he was married twice and has one daughter, Marci Klein, who is an established producer best known for her work on NBC’s Saturday Night Live and 30 Rock.

Klein married his first wife, Jayne Centre, a textile designer, in 1964. The marriage ended after 10 years. Then, in 1986, he married Kelly Rector with whom he stayed for 20 years. Their wedding was a number one topic back in the day.

”I love him,” she said at the time. “I love everything he does. He’s just the best guy in the world. I am his muse. I happen to be very American, look very American. That helps, to fit right into his sense of design and style.”

In 2011, the famous fashion designer admitted he was dating a man, model Nick Gruber. Speaking to Forbes, Klein said, ”I met someone and fell in love. He’s a great guy. And I’m now experiencing life in a whole new way, in a fresh way through someone’s eyes who hasn’t seen a lot of what I’ve seen.”

The couple went separate ways in 2012, and today, Klein, who is 79, is dating boyfriend Kevin Baker. They made their first public appearance in 2016 at the American Ballet Theater’s Fall Gala.

In 2002, Klein sold his company to Phillips Van Heusen Corp. He is believed to have a net worth of $700 million.

Previous Kirk Douglas’ childhood made him a charitable man, but none of his kids got a penny from his fortune
Next Jock makes the news when he asks teen with disability to prom and gives her the sweetest night